The Best Football Medal Auction is not in Europe, but in the United States

Nate D. Sanders Auctions is the place for the best football medal auction. We have realized some pretty impressive prices for football medals and trophies, won over the past three centuries of football play. No one achieves a higher price. Each football medal is unique, and has its own place in football lore. We hold an auction every single month.

We are also highly experienced at handling football consignments from former players. We recently handled the consignment of items owned by French football legend Jean-Pierre Papin. Papin was voted as one of the 100 best footballers of all time by FIFA. We were able to sell many very distinguished items owned by Papin, including: 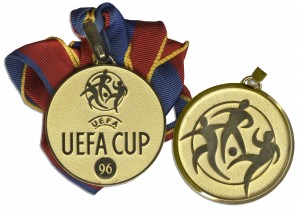 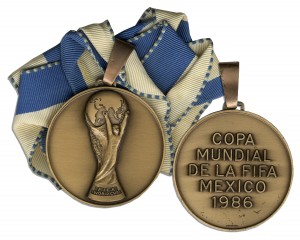 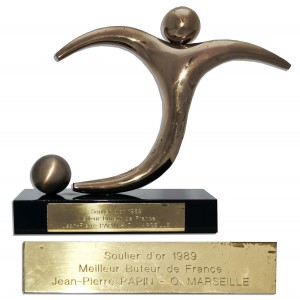 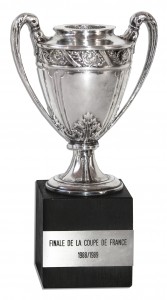 This is just the tip of the iceberg. Other items we have sold include: 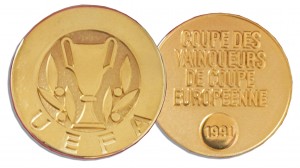 As any fan of English football knows, it’s not easy to unseat perennial juggernaut Manchester United, in league or championship play. But that’s exactly what the upstart Leeds United squad did in 1992, taking the final title for English Football division one, before it was renamed the “Barclays Premier League”. We were proud to offer up Leeds defender Chris Whyte’s gold medal from that championship season, which sold for $15,625: 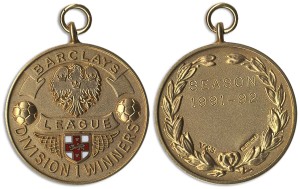 Going back almost a century earlier, we were very excited to have the opportunity to auction up a piece of football memorabilia from the Victorian Era, when the dominant team was Birmingham’s Aston Villa, otherwise known as “The Villains”. The team dominated English football at the end of the 19th century, winning five league titles and three F.A. cups by the end of Queen Victoria’s reign. We were pleased to sell this beautiful Gold medal won by Aston Villa’s J.E. Elliot in 1894-95 for $15,625: 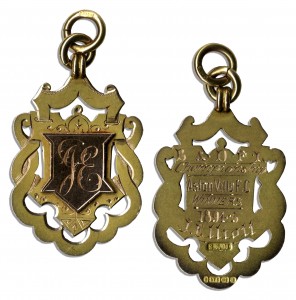 We also auctioned off the gold football medal from the first championship won by the Wolverhampton Wanderers, also known as “The Wolves”, in 1954. This beauty sold for $15,625: 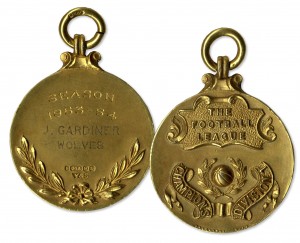 The following football medals also sold in the past nine months: 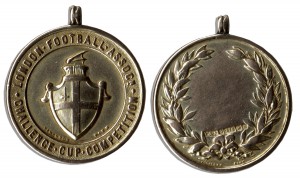 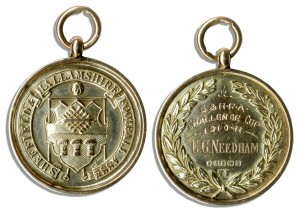 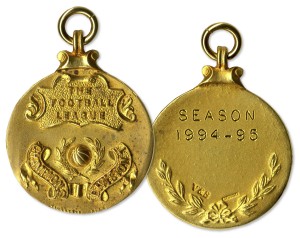 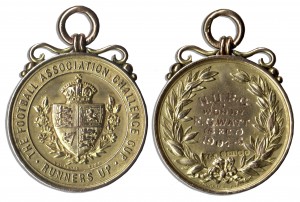 This is just the tip of the iceberg, as we have offered up countless other Football medals for sale. If you currently have any football medals, trophies or other Football memorabilia for our upcoming Football medal auction, please contact Nate@natedsanders.com. We offer great rates for consignments, and our monthly auction model allows you to put them up for sale in 30 days or less.