Sell your Ralph McQuarrie Art re Aliens at NateDSanders.com Auctions

We, at NateDSanders.com Auctions, just sold some wonderful Ralph McQuarrie art pieces.  Here they are:

Ralph McQuarrie and Ken Adam designed model for Star Trek’s USS Enterprise, with McQuarrie’s influence evident in the model’s triangular design, while still retaining the original Starship Enterprise aesthetic by Matt Jefferie. Made in 1976 for the unproduced “Star Trek: Planet of the Titans”, this model was subsequently screen-used in “Star Trek: The Next Generation” as part of the armada destroyed in the epic “Battle of Wolf 359” between the United Federation of Planets and the Borg Collective.

At the time of this model, McQuarrie was completing work on “Star Wars”, whose influence has been noted here, specifically, its similarity to the Star Destroyers of “Star Wars”. The design of this model is also the inspiration for the redesigned USS Discovery starship in 2017’s “Star Trek: Discovery”. Ship measures 15″ x 8″ wide, made of wood and plastic and with tape and ink accents. Professional repair where nacelle pylons meet the secondary hull, overall in very good condition, stunning for display. Accompanied by the book “The Art of Star Trek”, where the model is photographed and featured on page 56. Sold for $10,000. 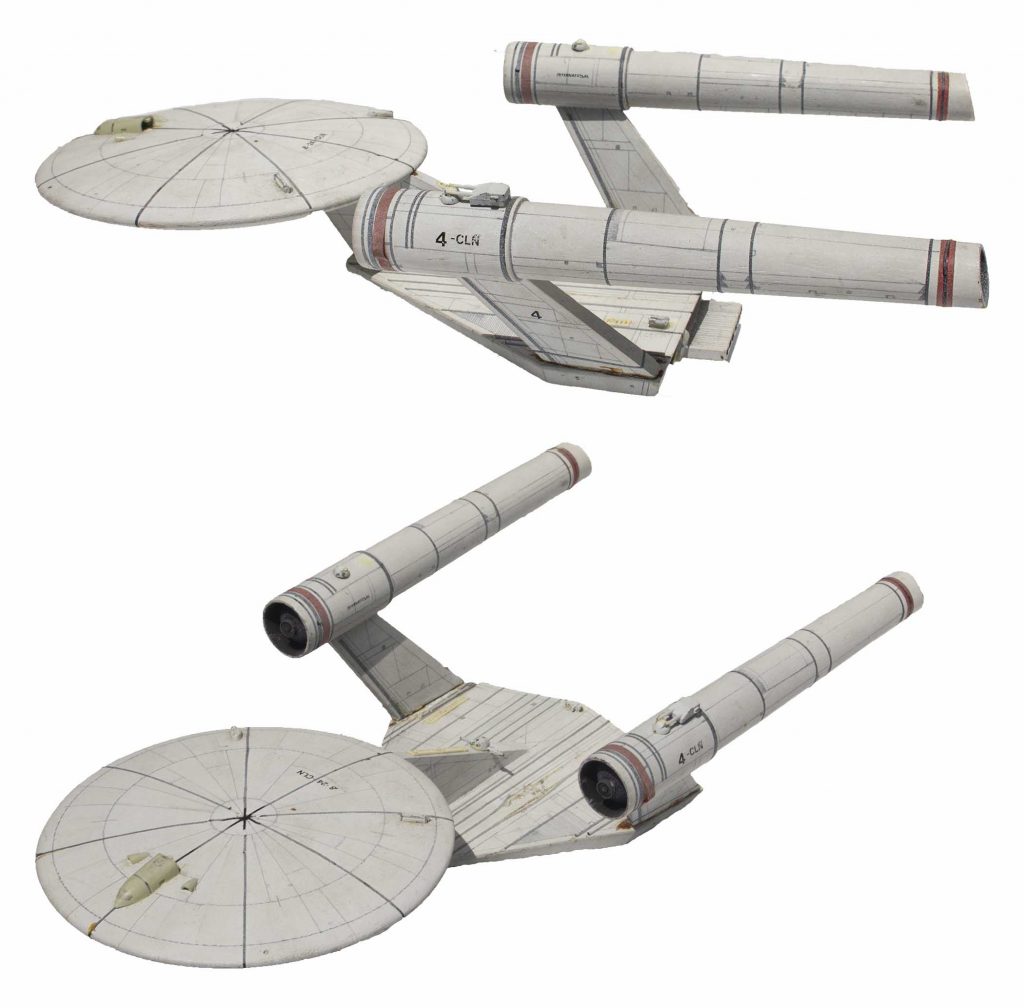 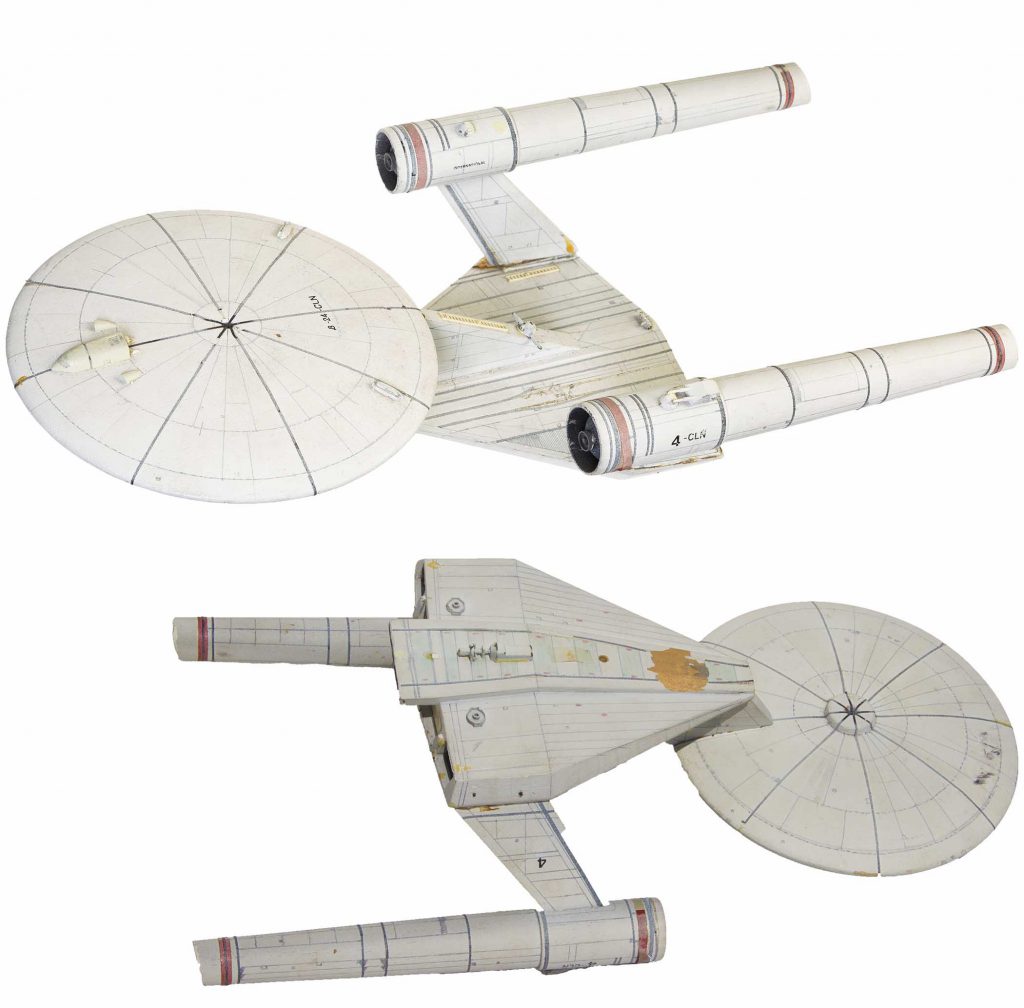 Large collection of original alien and spaceship concept drawings by artist Ralph McQuarrie, the illustrator, concept artist and designer for a slew of blockbusters including “Star Wars”, “Close Encounters of the Third Kind”, “Raiders of the Lost Ark”, “The Empire Strikes Back”, “Return of the Jedi”, “E.T. the Extra-Terrestrial” and “Cocoon”, for which he won an Academy Award. Sketches number in the dozens, composed on 52 sheets, replete with various alien creatures (one resembling his E.T. character), and spaceships resembling parasites. One sheet shows cars in bubbles populating the sky, as the artwork was done for a Chevrolet-Showscan collaboration; Showscan was a high-speed, large-format movie process designed by Douglas Trumbull in the late 1970s. Many of the sheets are initialed “R.M.Q.” by McQuarrie, who also adds “Showscan ‘Chevy'” at the bottom. Size of sheets vary, with most measuring 12″ x 9″ and some as large as 17″ x 11″. Most sketches are done in pencil, with some in colored pencil and watercolor. In very good to near fine condition. From the collection of Peter Beale, 20th Century Fox executive on “Star Wars” and “Alien”.  Sold for $8,011.
Click above for larger image of the Ralph McQuarrie art that sold for $8,011.
—
We believe that certain Ralph McQuarrie art should sell for $10,000 – $100,000 each.  Please let us know what you have by emailing Nate@NateDSanders.com.
—
FREE APPRAISAL.  To auction, buy, consign or sell your Ralph McQuarrie art, email Nate@NateDSanders.com or call the Nate D. Sanders Auction House (http://www.NateDSanders.com) at (310) 440-2982.  Ralph McQuarrie art regarding aliens is in high demand by our clients.
We offer the following services for your Ralph McQuarrie art: