Sell or Auction Your Lunar Apollo Flown Map for up to $60,000 or More at NateDSanders.com

FREE ESTIMATE. To auction, buy, consign or sell an Apollo flown map, please email your description and photos to Nate@NateDSanders.com of Nate D. Sanders Auctions (http://www.NateDSanders.com) for a FREE APPRAISAL of up to $60,000 or more. We offer monthly auctions and can grant you an interest-free cash advance for your Apollo flown map.

But, prices can go as low as $4,000 for an Apollo flown map depending on the popularity of the astronaut.

About our Auction House

Here is an article from the BBC Sky at Night magazine regarding our space auction:

Apollo 13 memorabilia up for sale

Items from late NASA astronaut Jack Swigert to be auctioned

The astronauts of Apollo 13 were lucky to make it back to Earth alive. Two days into the mission an oxygen tank exploded, cementing the mission’s place in space faring history. Now you can own your own slice of that history, as 91 items from the estate of late NASA astronaut Jack Swigert, including some flown aboard Apollo 13, go up for auction.

Following a disastrous explosion on board, it was Swigert who reported to mission control with the now famous phrase, “Houston, we’ve had a problem here.” But originally, he wasn’t supposed to be on the mission at all, only receiving the posting after Command Module Pilot, Ken Mattingly, was exposed to German measles.

The auction will sell-off several of Swigert’s personal effects from the mission. Included in the auction are earpieces that allowed him to communicate with the other astronauts and mission control as they were coached through the procedures that would prevent the crew from running out of air as they took refuge in the Lunar Module. An engraved pencil (pictured) that may have been used to make the calculations that narrowly avoided disaster and a piece of the heat sheild and Swigert’s toothbrush are also up for sale.

Following his safe return to Earth, Swigert remained an active part of the Apollo programme, though he never flew into space again. As he was still part of the NASA team, Swigert received many medals that flew aboard the other Apollo missions. The rarest of these, from the final Apollo mission, is expected to fetch the most at auction, with bids starting at $45,000.

But, if your budget won’t stretch that far, several other badges, access passes and tickets to the launches of other Apollo missions are also up for sale with bids starting at $250.

Below are some prices realized from Jack Swigert’s estate: 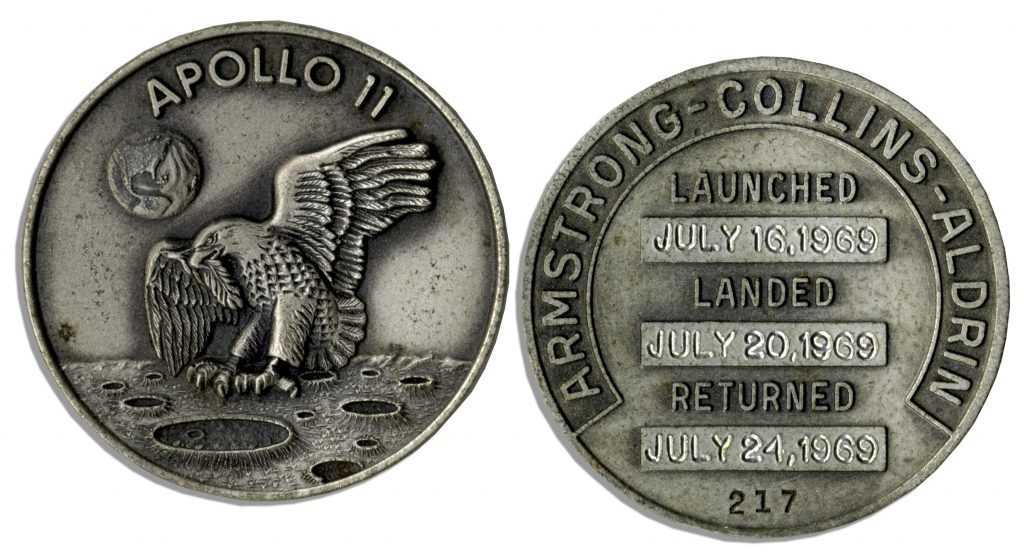 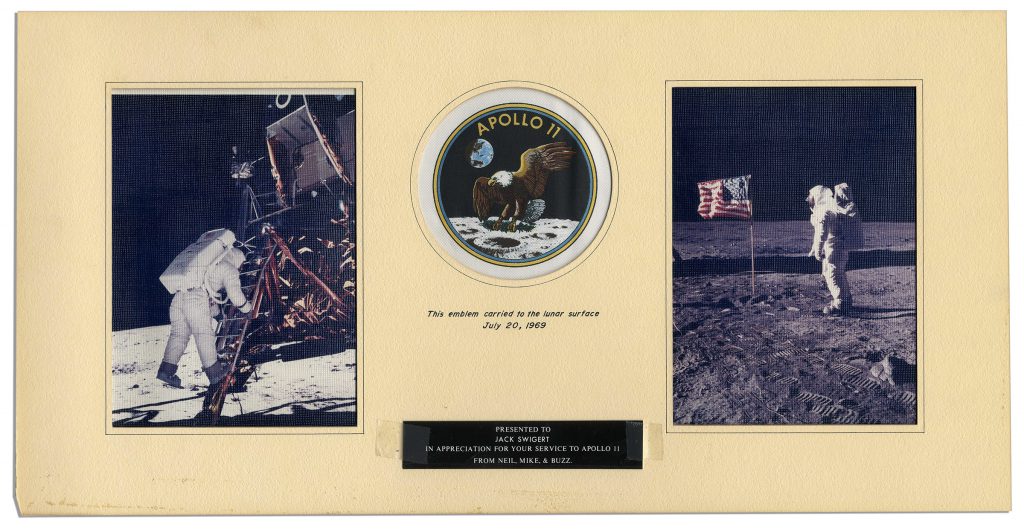 FREE ESTIMATE. To auction, buy, consign or sell an Apollo flown map, please email your description and photos to Nate@NateDSanders.com of Nate D. Sanders Auctions (http://www.NateDSanders.com) for a FREE APPRAISAL of up to $60,000 or more. We offer monthly auctions and can grant you an interest-free cash advance.