Photo by Bryan Adams “Reach out to Asia” Stratocaster

Intimate Handwritten Letter by John Lennon on Transcendental Meditation — “…you are searching for ‘something’ (truth) the same as every one else – whether they know it or not. We have been lucky in meeting Maharishi…” — With PSA/DNA COA 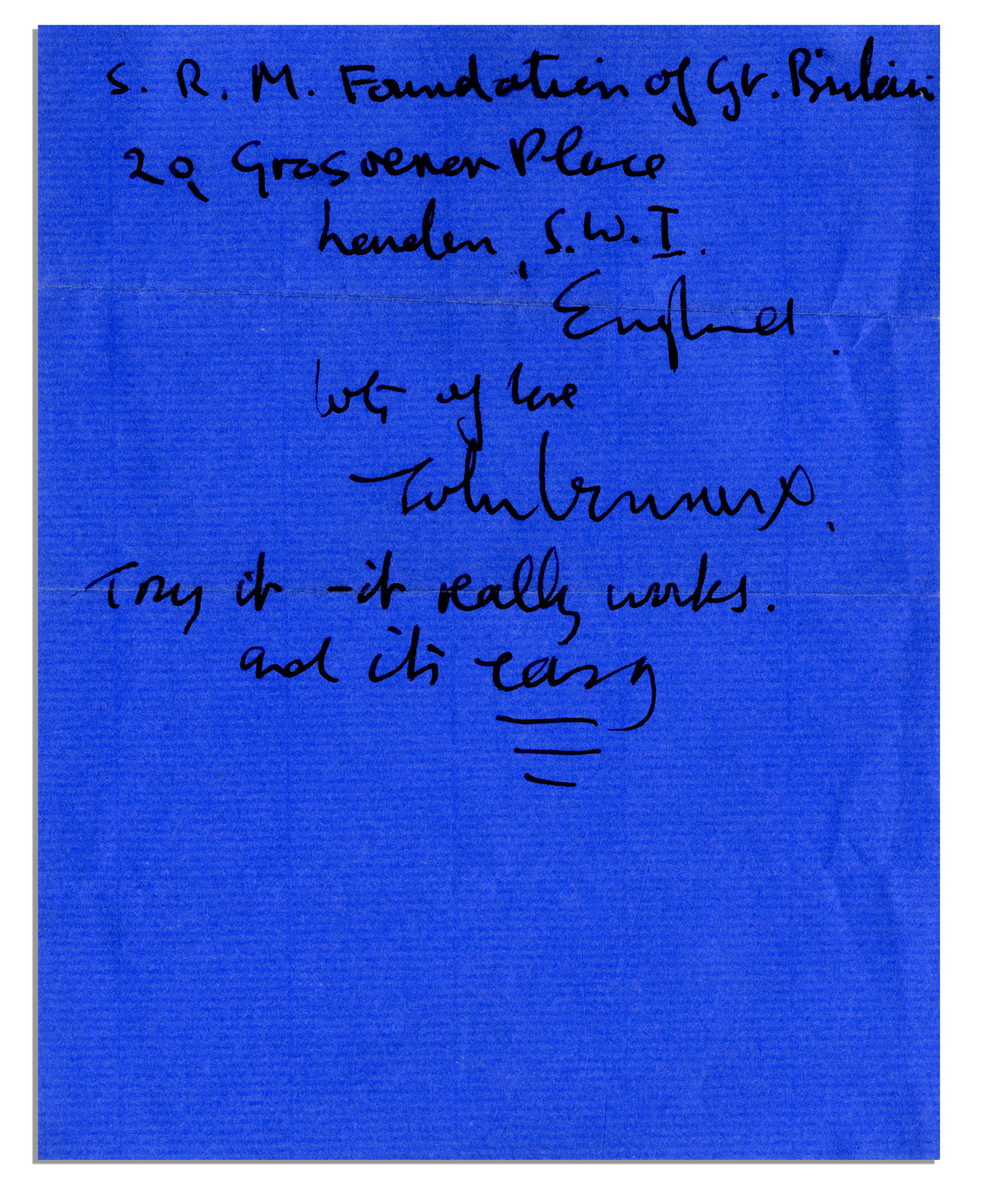 Michael Jackson signed contract for his groundbreaking “Thriller” music video. The contract, a security agreement between Jackson’s production company and the Screen Actor’s Guild, was signed in Los Angeles, California by Jackson on 10 October 1983. Jackson broadly signs his name on behalf of Optimum Productions in red ink under a typed declaration reading “Michael Jackson, President”. Contract includes certification from the U.S. Copyright Office, with a recording date of 27 December 1983. 10pp. contract measures 8.5″ x 11″. Staple holes to upper left and slight creasing to corners. Very good plus  (contact Nate D. Sanders Auctions for a free evaluation of your Rock ‘n roll autographs). Sold for $8,000. 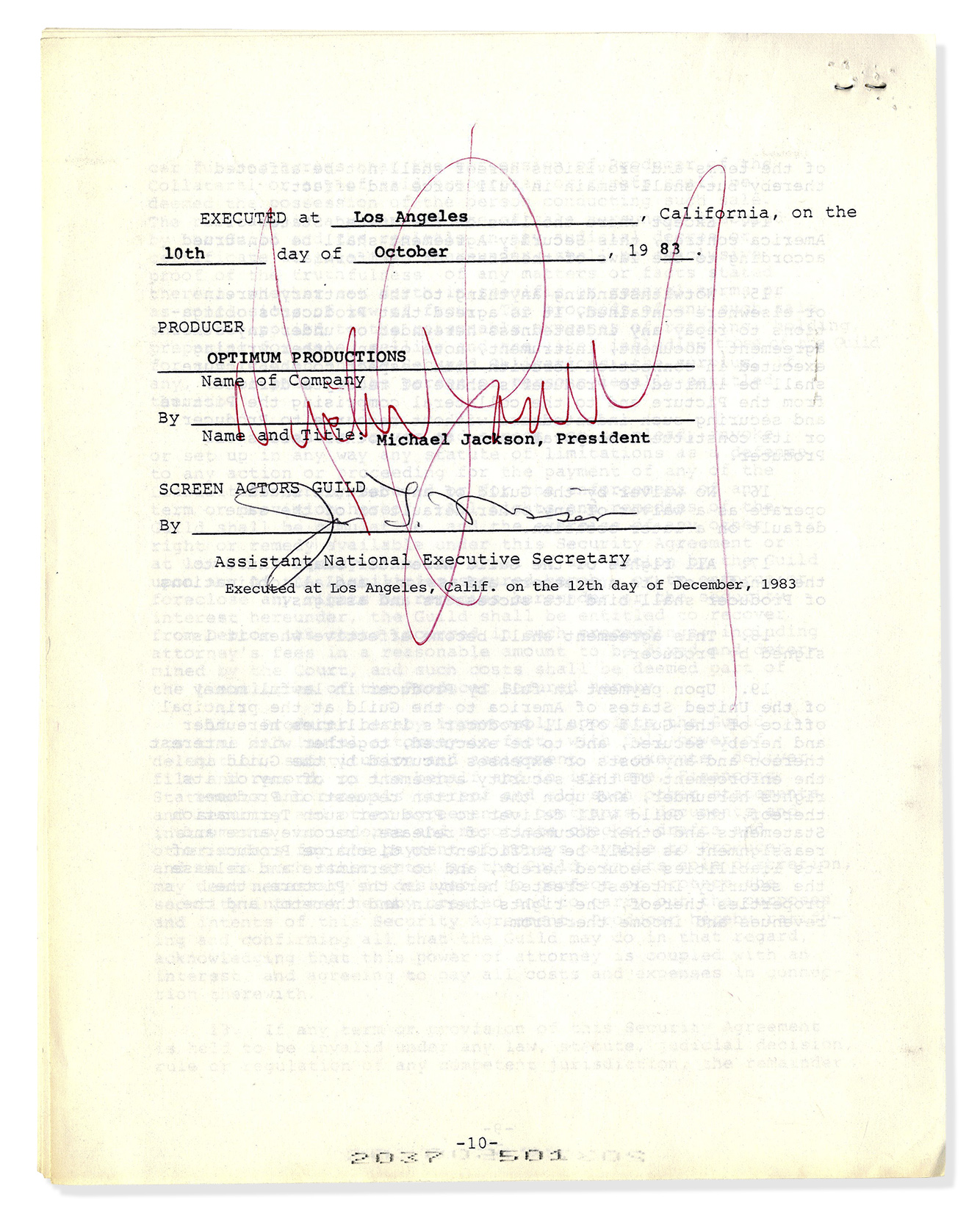