This very large Wilbur Wright autograph 12″ x 16″ photo with six other men, preparing his plane in France during August 1908 in an attempt to mute French critics, who had portrayed the Wright Brothers as bluffers.  Sold for $36,000. 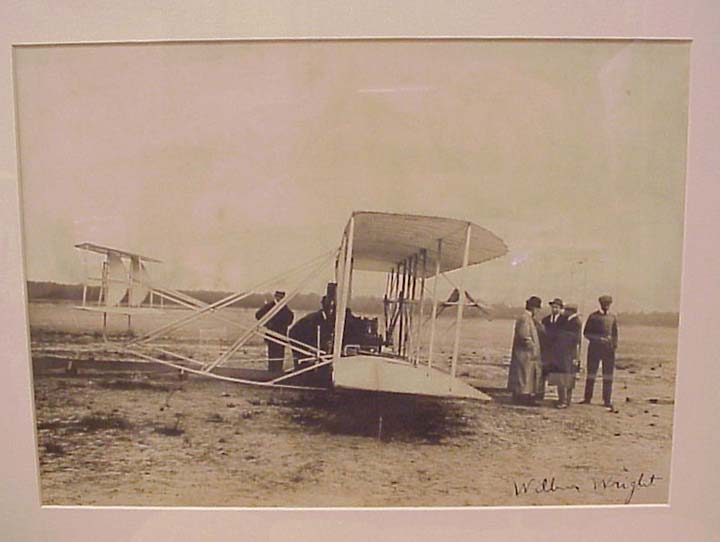 The letter to Edmund Doyle in San Francisco reads: “The December number of the Journal of the Western Society of Engineers may be obtained of the secretary, Mr. J. H. Warder, Monadnock Building, Chicago, Ill. The price of single numbers is fifty cents each.”  Pre-dating their historic first flight by more than a year, this letter references a lengthy piece that appeared in the aforementioned publication. In that piece, entitled “Some Aeronautical Experiments,” Wright discussed some of “the difficulties which obstruct the pathway to success in flying-machine construction,” giving detailed engineering insight into the topic that he admits to being “very simple in theory.” In that article, he goes through great pains to discuss an unmanned flight in 1900 at Kitty Hawk, a test run that would lead to a date with history. It’s no small wonder then that someone like Mr. Doyle, and presumably countless others, would want to read more about his experiments. Sold for $10,745. 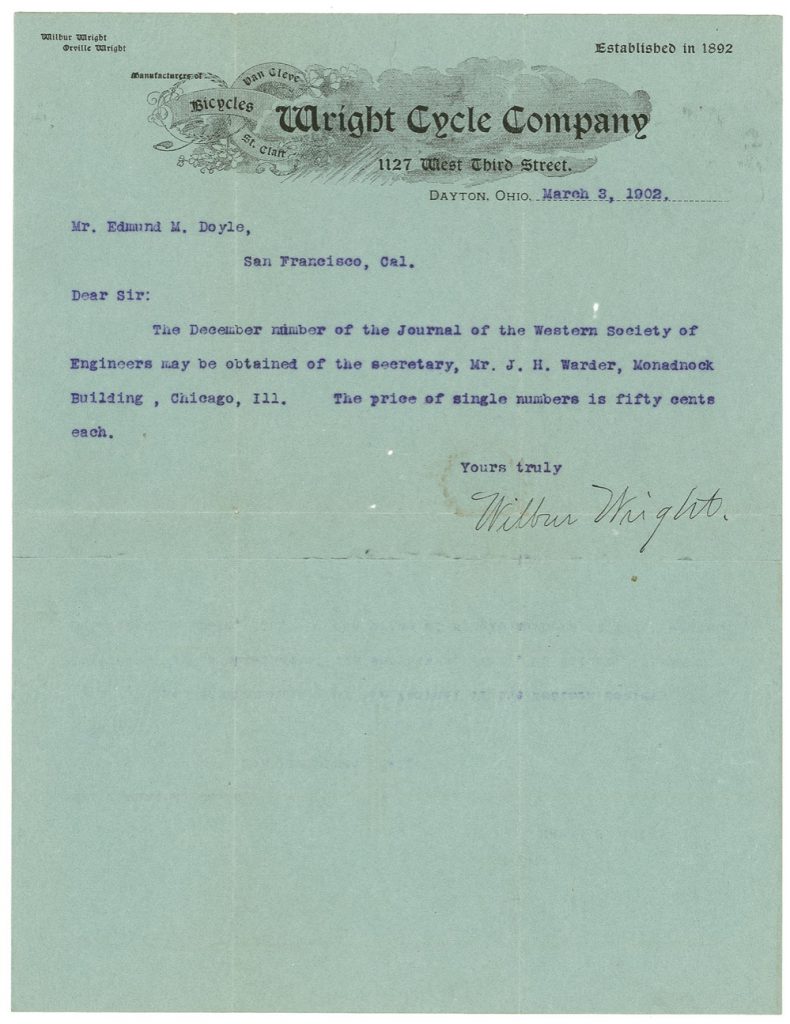 We also sold this Wilbur Wright autograph on a postcard, dated 6 October 1908 from Camp d’Auvours in France.

Signed clearly “Wilbur Wright” just five years after the brothers’ famed flight in 1903, the postcard is originally from British sculptor Theodore Spicer-Simson to his wife and includes small notes in Spicer-Simson’s hand. Verso of postcard depicts Wilbur Wright standing with Hart O. Berg, whose wife flew with Wilbur in September of 1908 as the first female American passenger on an airplane.  Sold for $6,500. 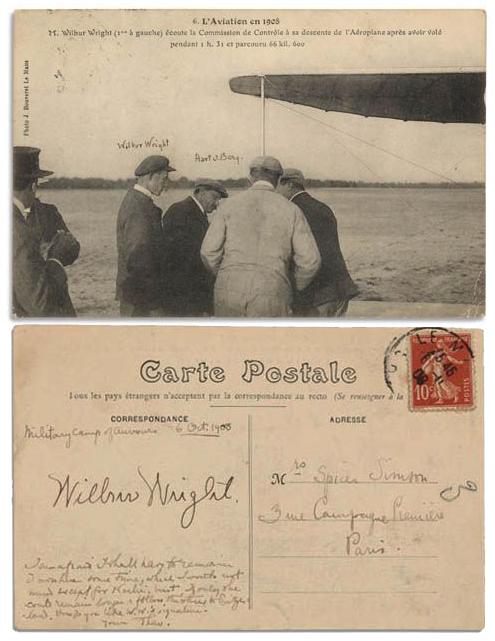