A Rome 1960 Olympics torch is one of the more collectible Olympic torches.  It sells for more than most of the other modern ones.  We at NateDSanders.com Auctions were lucky to have a 1960 Olympics torch and it sold for $4,933.  Here is the description and picture:

Olympic relay torch used in the 1960 Summer Olympics. The Torch Relay tradition began in 1928, and transports a spark from the parent flame in Olympia, Greece to the host city in time for the opening ceremonies, in this case Rome. Designed by Pier Luigi Nervi and Amedeo Maiuri, the torch is based on a classical model and is meant to resemble torches depicted on ancient monuments. Made of aluminum and then bronze plated, the torch bears the Olympic rings and is labeled “GIOCHI DELLA XVII OLIMPIADE”. Comes housed inside original decorative box. Torch measures 15.75″ and weighs 1 lb. 3 oz., or 550 g (without flame). Some fading of bronze plating and minor nicks from use, otherwise near fine condition.  Sold for $4,933. 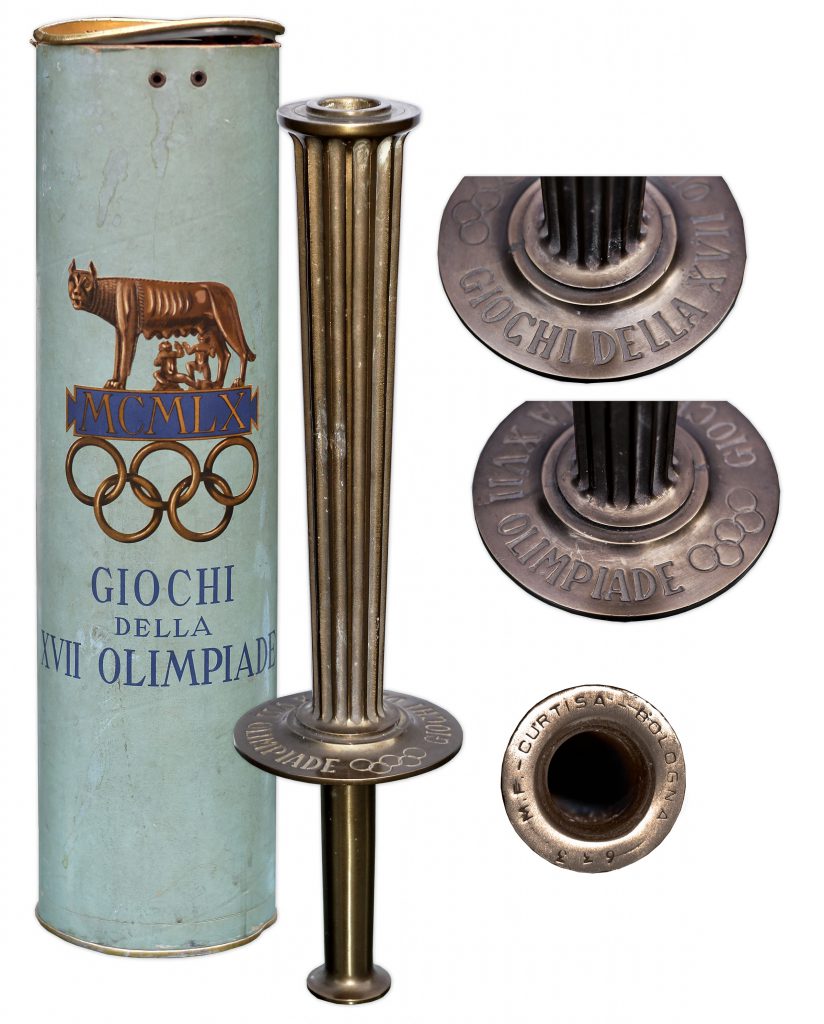