Patrick Henry Autograph Letter Signed from 1779 as Governor of Virginia to Benjamin Harrison, Declaration Signer & Speaker of the Virginia House, Regarding the Capture of a Female British Spy

Patrick Henry autograph letter signed during his last week as Governor of Virginia. Dated 25 May 1779, it informs the Speaker of the Virginia House of Delegates, Benjamin Harrison, of the capture of a pair of spies. According to Henry, one spy, Zechariah Snead was “…detected going secretly to the British flag-vessels…” He warns a British nobleman’s wife, Letitia Fitzgerald, “…A great variety of circumstances concur to induce belief that this is a dangerous woman, and that she came hither with some wicked intention…” True to form, he scrutinizes the balance of power: “…The executive, having in these two instances exercised a power not expressly given them by law, I take this method of informing the legislature of it, and have only to add that apprehension for the public safety is the sole reason for the proceeding…” As a founding father, Henry opposed the Stamp Act of 1765 and advocated for the Bill of Rights. Letter runs two pages and measures 6″ x 7.75″. Ink burn in paraph under Henry’s signature and separation to center fold. Very good. Published in “Patrick Henry: Life, Correspondence and Speeches,” 3:242. Provenance: Anderson’s Simon Shwartz sale, 8 November 1926, lot 349; William D. Morley’s Louis J. Kolb sale, 17 November 1941, lot 110.   Sold for $9,480. 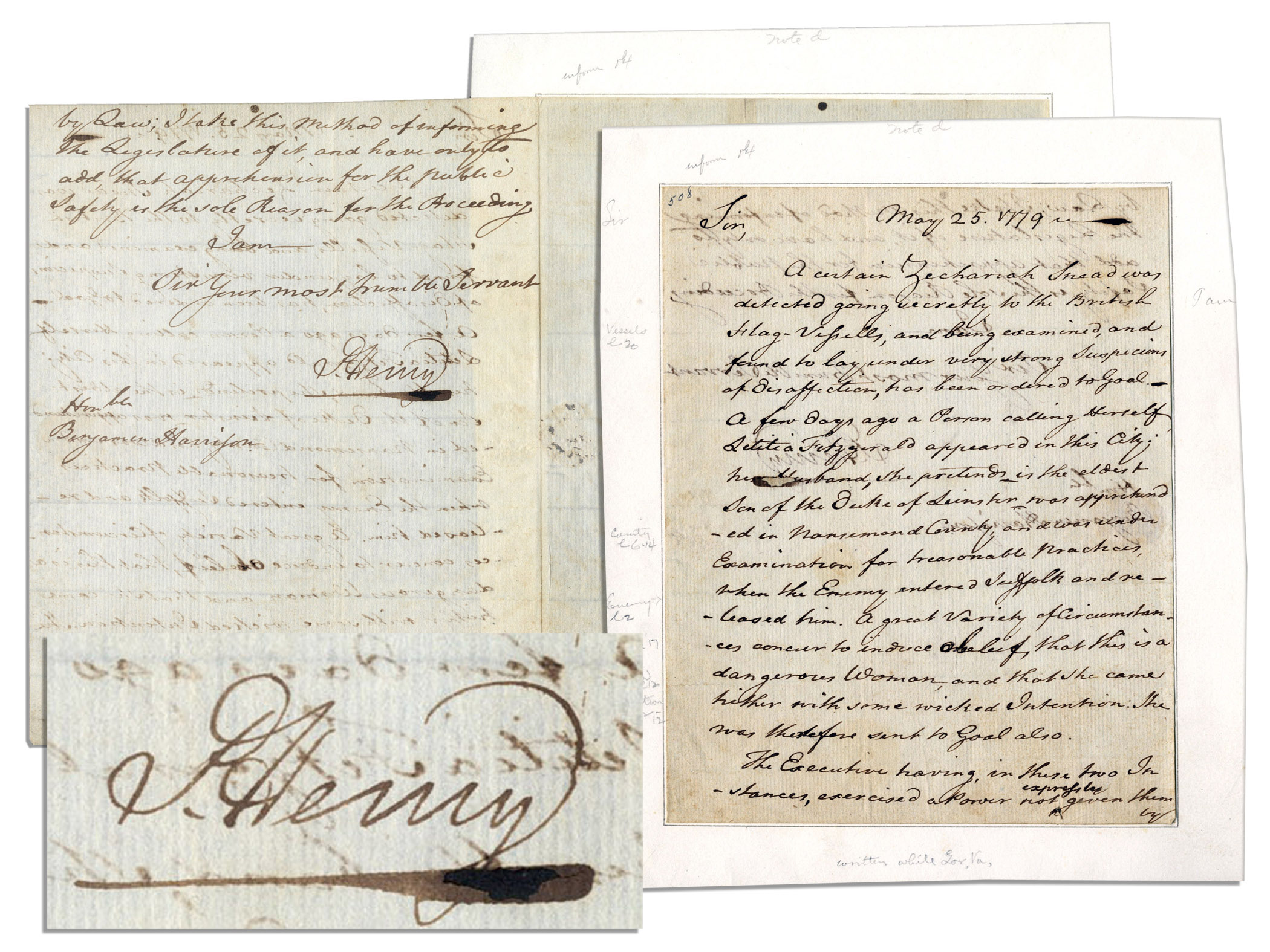 Patrick Henry 1779 Autograph Letter Signed as Governor of Virginia to Benjamin Harrison, Declaration Signer & Speaker of the Virginia House, Regarding the Capture of a Female British Spy

1783 autograph letter signed by American revolutionary Patrick Henry. Datelined “Vir. Richmond Nov 18th 1783,” letter to unknown addressee, “Your Excellency,” requests that a Mr. James Gordon be placed in the employ of said recipient. Letter reads in full: “Mr. James Gordon of Lancaster is desirous of rendering his services to your Excellency & the Council as Collector of the Import which, he apprehends, is about to be laid on the imported goods. His tabulation he thinks is favorable. His ability to discharge the Dugy of the Office I believe are as unquestionable as his Integrity. I beg learn therefore to recommend him to your Excellency & the Council; not in the least doubting but that on Inquiry you will have the most abundant Reason to be fully satisfied as I am of W. Gordons fitness for the office he solicits. With greatest of Regard I am Sir Excellency’s most obedient servant, P. Henry.” The James Gordon to whom he refers may be the militia lieutentant colonel in the American Revolution, who went on to serve in both the New York State Legislature and the House of Representatives from 1791 to 1795. Single page ink letter measures 5.75″ x 8.25″. Script is bold and legible. Paper is evenly toned with no folds and only mild faint soiling. Page has been affixed to paper backing. A superbly preserved letter in near fine condition. Sold for $2,000. 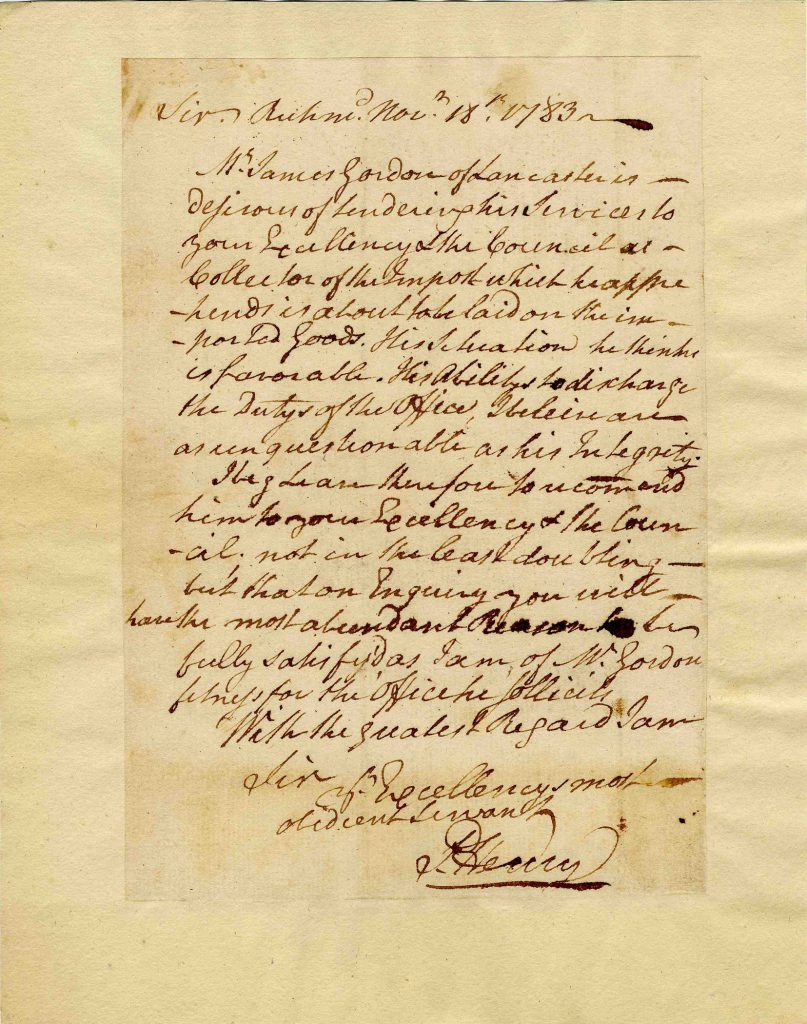