To auction, buy or sell the John F. Kennedy Limousine Leather From His Assassination Day, please contact NateDSanders.com at (310) 440-2982 or [email protected].

Original John F. Kennedy limousine leather from the ride that drove him through Dealey Plaza and down Elm Street where he was fatally shot on 22 November 1963. A haunting item, literally cut from the limousine in which the President sat when he was assassinated. Known as the ”SS-100-X”, the limousine from that day was customized by the Cincinnati company Hess & Eisenhardt, which began customizing presidential cars during the Truman administration. The company went to great lengths with Kennedy’s convertible, lengthening it and reinforcing it, and even raising the seat so there could be a better view of the President. After the assassination, the limo was taken back to the White House garage where it was inspected for evidence. Eventually, it was sent back to Hess & Eisenhardt where it was refurbished for future use by Presidents Johnson and Nixon. Today, the limo is on display at the Henry Ford museum in Dearborn, Michigan. Leather piece is midnight blue in color and measures 9” x 11.75”, with uneven edges as it was clearly cut away from the seat. ”P.R.C.P” is written on back suede in pen in unknown hand. Leather has two circular holes most likely from a fastener or bolt to hold the leather in place. With two signed letters of provenance, one from the car upholsterer’s daughter, another from his nephew, to whom he gifted the leather. LOA from his daughter reads in part, ”…The limousine in which he was riding was returned to Hess and Eisenhardt to be completely refurbished. My father was one of the two men who reupholstered the interior of the car. Though most of the leather interior had been removed, some of the leather on the back of the back seat just below the boot remained. As the remainder of the interior was removed and discarded, my father asked and was given the small piece of leather…” The second letter, written by his nephew, reads in part, ”…it was my uncle’s job to remove what remained of the old leather upholstery, as the secret service had basically cut away almost all the carpeting and leather as a large portion of both were blood stained. However, the leather attached to the boot of the car was still intact. Rather than throw this away, my uncle saved it…” Also with a copy of the obituary of the upholsterer, stating his employment with Hess & Eisenhardt. Overall, near fine.  Sold for $13,045. 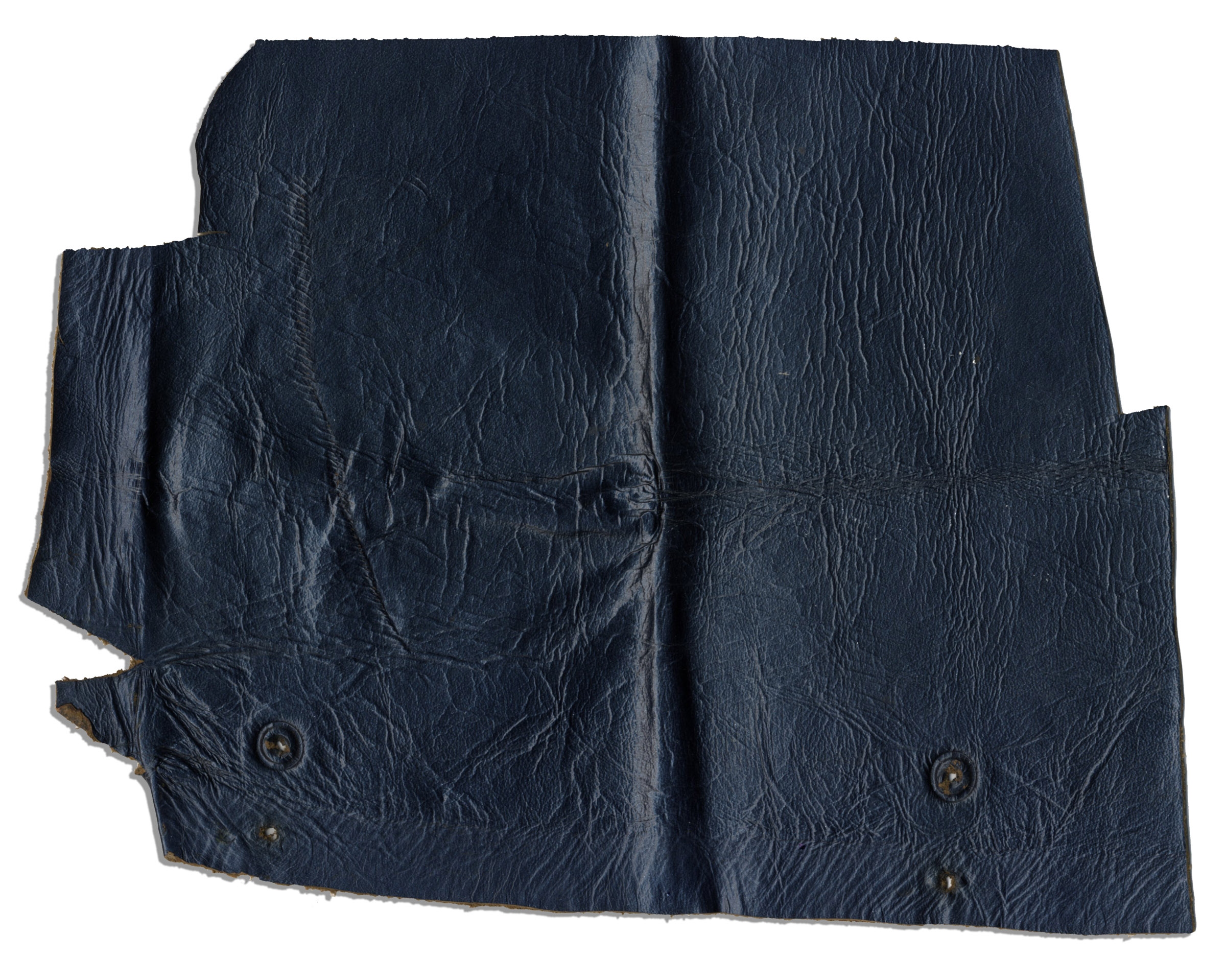 To auction, buy or sell the John F. Kennedy Limousine Leather From His Assassination Day, please contact NateDSanders.com at (310) 440-2982 or [email protected].