A Franz Kafka autograph is one of autograph collector’s rarities.  There isn’t much on the market.  A Franz Kafka autograph letter signed can sell for as high as $100,000.  Here at NateDSanders.com, we were fortunate enough to sell a Franz Kafka autograph once.   Here is the description, picture and price:
Scarce Franz Kafka Autograph — on Envelope Once Containing Letter to His Fiancee, Listing the Reasons Why He Could Not Marry Her
Franz Kafka addresses an envelope, dated 23 June 1913, to his fiancee, Fraulein Felice Bauer, in Berlin. On the verso, he signs ”F. Kafka” and writes his address in Prague. Kafka, the acclaimed existentialist writer of novels and short stories, had proposed to Bauer a few days earlier and she had accepted; however, Kafka now cancelled their engagement. Bauer saved her letters from Kafka, which were published in ”Letters to Felice.” According to the book, in this envelope, Kafka sent a letter listing all the reasons why he couldn’t marry Bauer. Their courtship lasted from 1912-1917, with two engagements, but it did not end in marriage. Kafka died from tuberculosis in 1924, at the age of 40. Most of his work, including the novel, ”Metamorphosis,” was published posthumously, making his signature incredibly scarce. Minor soiling and creasing to 6” x 4” envelope bearing Austro-Hungarian postage stamps and Berlin postmark. Overall very good. A very scarce signature by Kafka.  Sold for $9,582. 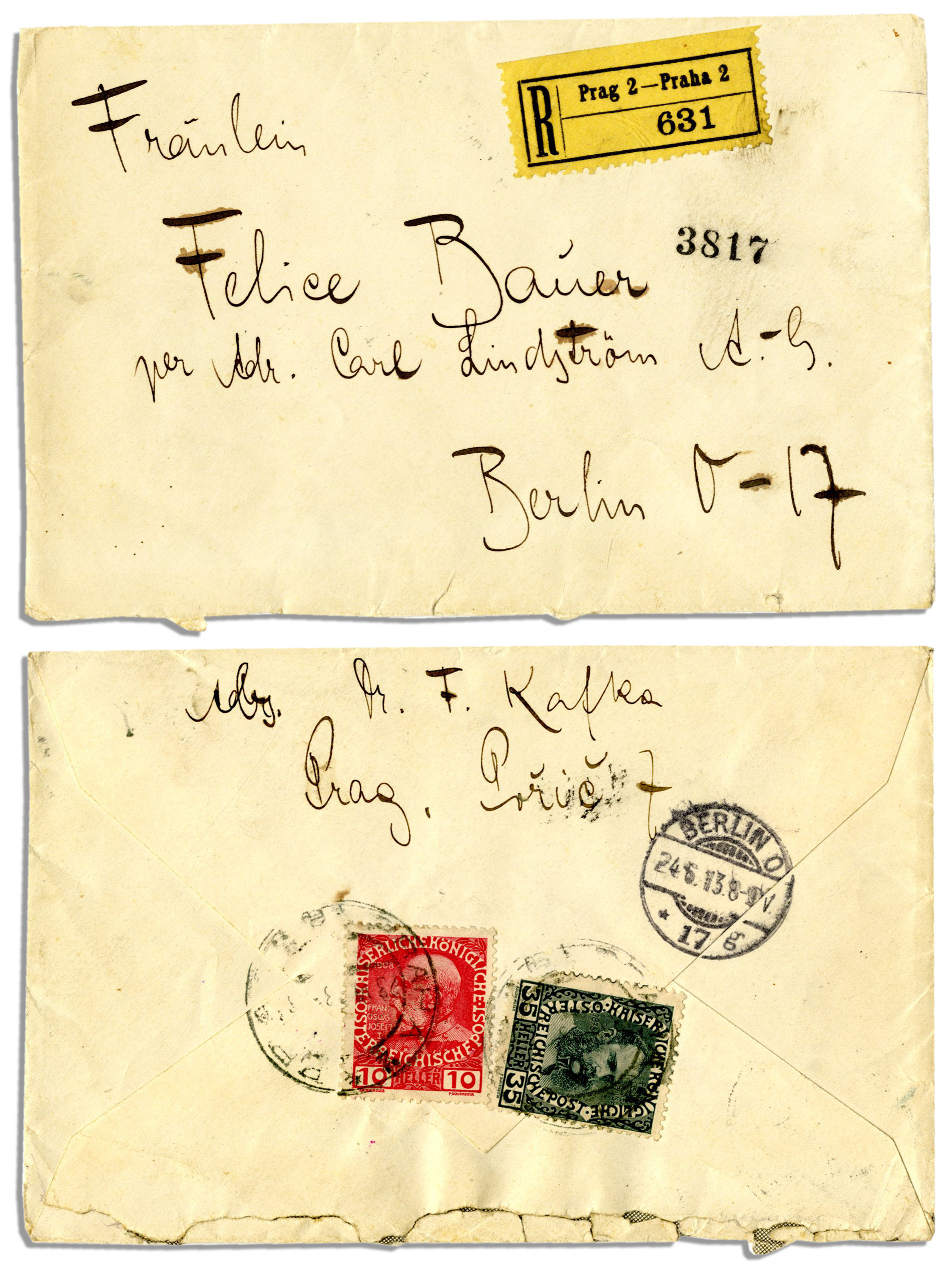 Scarce Franz Kafka Signature — on Envelope Once Containing Letter to His Fiancee, Listing the Reasons Why He Could Not Marry Her