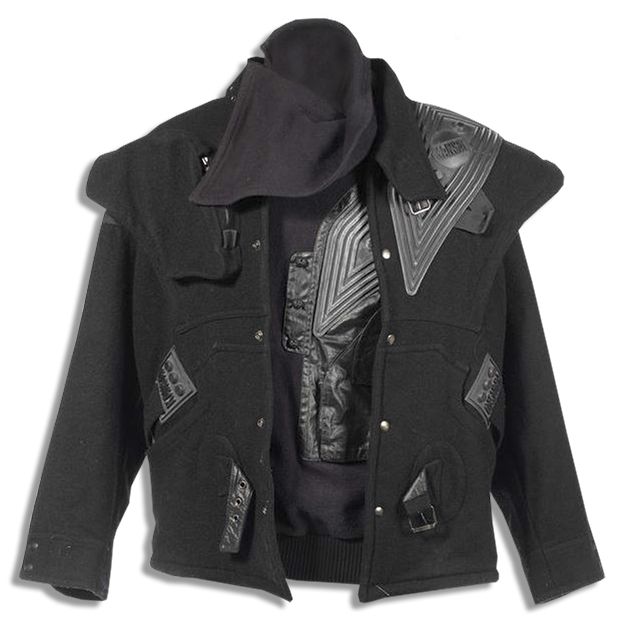 and Elton John autograph items we have sold: 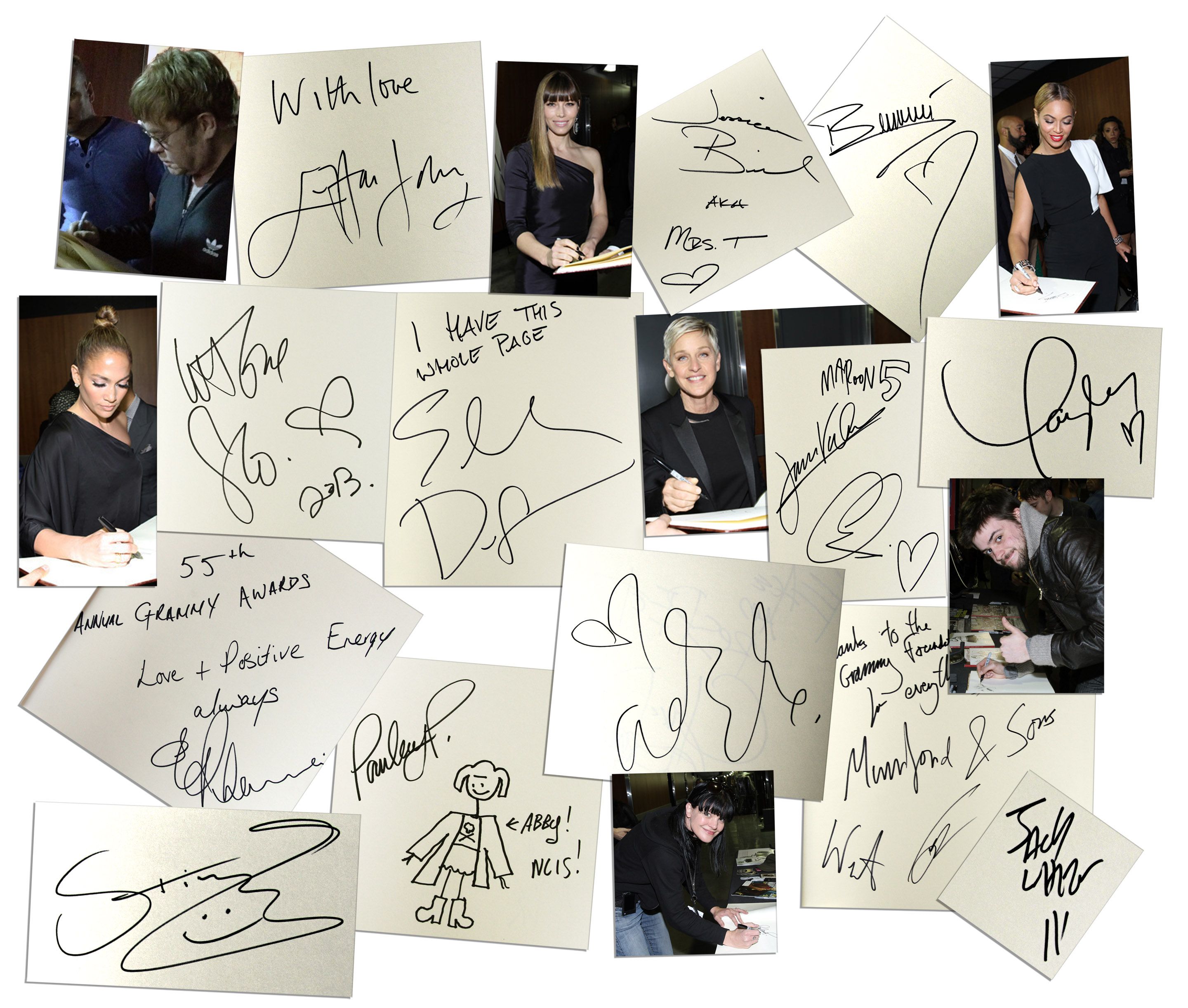 Elton John autograph letter signed, dated 21 November 1978 on “Watford Football Club” stationery. Letter discusses his new song, “Song for Guy” and reads in part: “Dear Paul, Thanks for the letter about ‘Song for Guy.’ He [Guy Burchett] was a smashing little bloke and I’m glad the song turned out so well. It’s being issued as a single in 10 days time – by public demand!…If it’s a hit it’ll be great to see Guy take his place in a little bit of chart history…All the best Elton”. With some minor toning and foxing in spots. Very good.  From our Elton John Costume Auction.   Sold for $1,072. 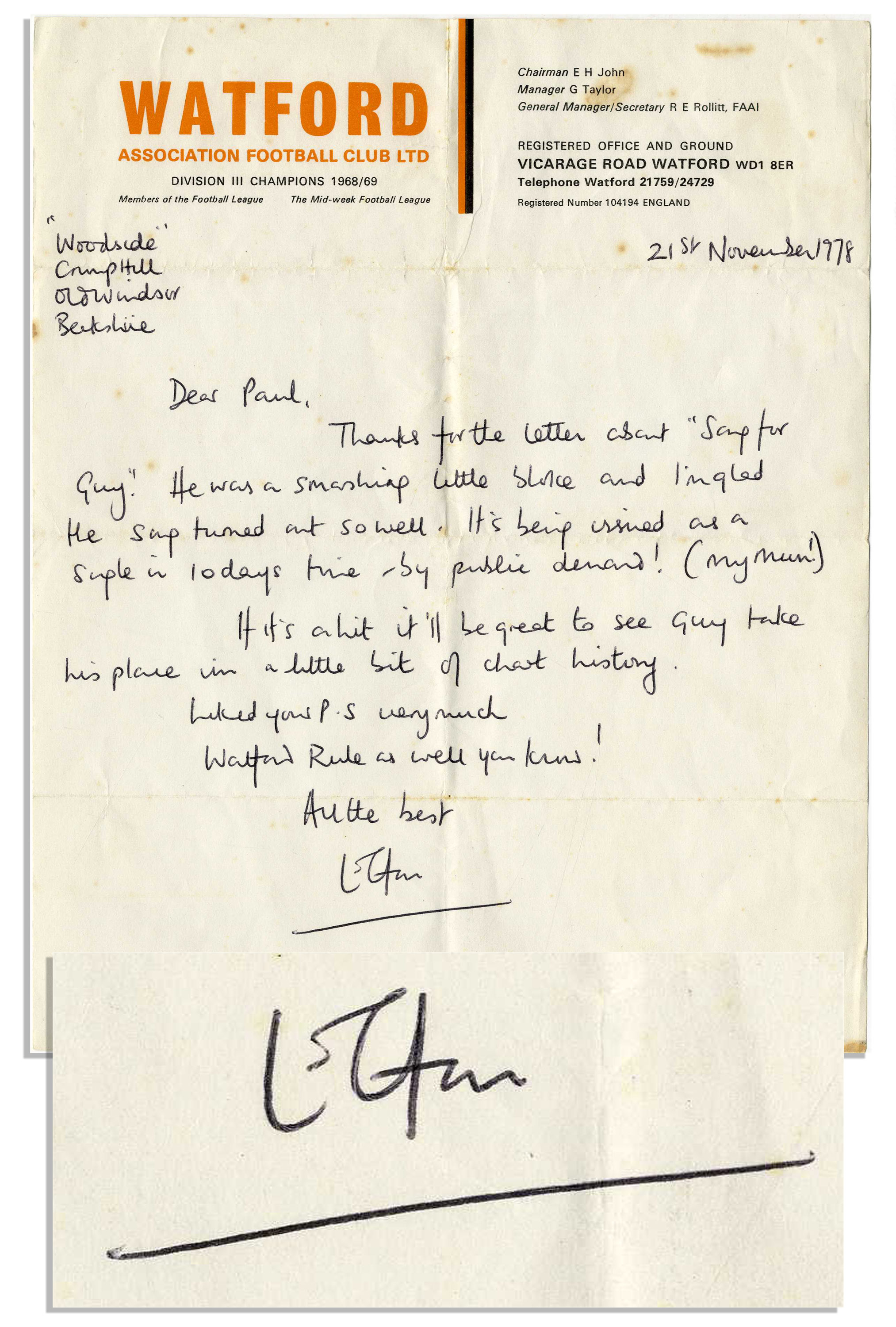