Here is an item we have sold in the past:

Edwin Donald “Duke” Snider (September 19, 1926 – February 27, 2011), nicknamed “The Silver Fox” and “The Duke of Flatbush”, was an American professional baseball player. Primarily a center fielder, he spent most of his Major League Baseball (MLB) career playing for the Brooklyn and Los Angeles Dodgers (1947–1962), later playing one season each for the New York Mets (1963) and San Francisco Giants (1964).

Snider was named to the National League (NL) All-Star roster eight times and was the NL Most Valuable Player (MVP) runner-up in 1955. In his 16 out of 18 seasons with the Dodgers, he helped lead the Dodgers to six World Series, with victories in 1955 and 1959. He was elected to the National Baseball Hall of Fame in 1980.

Duke Snider bat, game-used, circa 1950-1951. Hillerich & Bradsby professional model C117L bat measures 35″ in length and weighs 33.9 ounces. Ball marks and deep ball stitch impressions visible to right and left barrel. Grain separation from repeated ball contact to front barrel; a six inch piece is missing from the back barrel. The small and rare “Ed Duke Snider” is stamped to the front barrel. Handle reveals that Snider’s signature crisscross tape was removed, bat also appears to have been oiled. Lot accompanied by Letter of Authenticity by PSA/DNA confirming that the model number, length and weight specifications were confirmed by the manufacturer’s ordering records as being ordered by Snider during this time period. An excellent and hard to find bat from the 1950’s era.  Sold for $5,012. 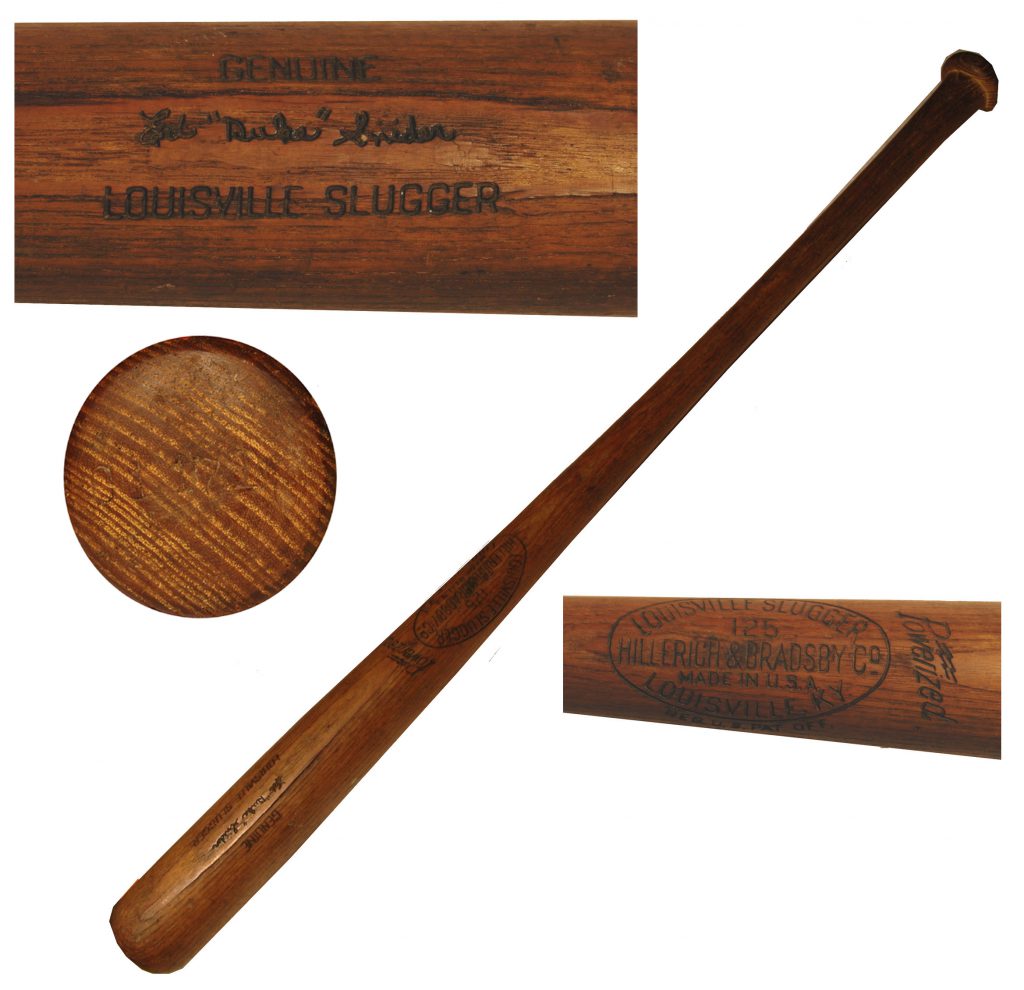