A Saint Junipero Serra Autograph Letter Signed Can Sell for $30,000 or More

Newly canonized, Saint Junipero Serra autograph letter signed, “Fr. Junipero Serra / Presid.” In this letter, on 30 May 1777, Serra requests ornamentation from the Viceroy of New Spain, Antonio Maria de Bucareli y Ursua, to rebuild the San Diego Mission after it was completely destroyed by the local Indian population two years prior. The San Diego mission, originally founded in 1769 by Saint Serra, was the site of an Indian uprising on the night of 4 November 1775 by the indigenous Diegueno Indian tribe. More than 1,000 Indians joined the attack that killed a priest (Louis Jayme), a blacksmith, a carpenter and wounded most of the Mission’s other inhabitants. The Mission itself was burned to the ground and everything in it destroyed; “plundered and burned” according to Serra in this letter. It’s said that the incident was provoked by the Indians’ dissatisfaction with the rules and regulations established by the Spanish authorities, sparking the riot of the Mission. The event had a profound effect on Serra and deeply troubled him for the rest of his life. Nonetheless, he pleaded with the Spanish authorities for leniency in handing down punishment on Indians. Over the next 2 years the mission was rebuilt. In this detailed letter Serra asks for the Viceroy for the necessary ornaments to decorate the newly restored Mission San Diego. Two-page letter (on one sheet) entirely in Serra’s hand measures 8.25″ x 12″. Light archival restoration along left side and upper right corner. Writing is still bold and legible, displaying beautifully. Very good to near fine. An excellent letter by Saint Serra, potently showing the controversy surrounding him and the turmoil of the early Catholic missions. 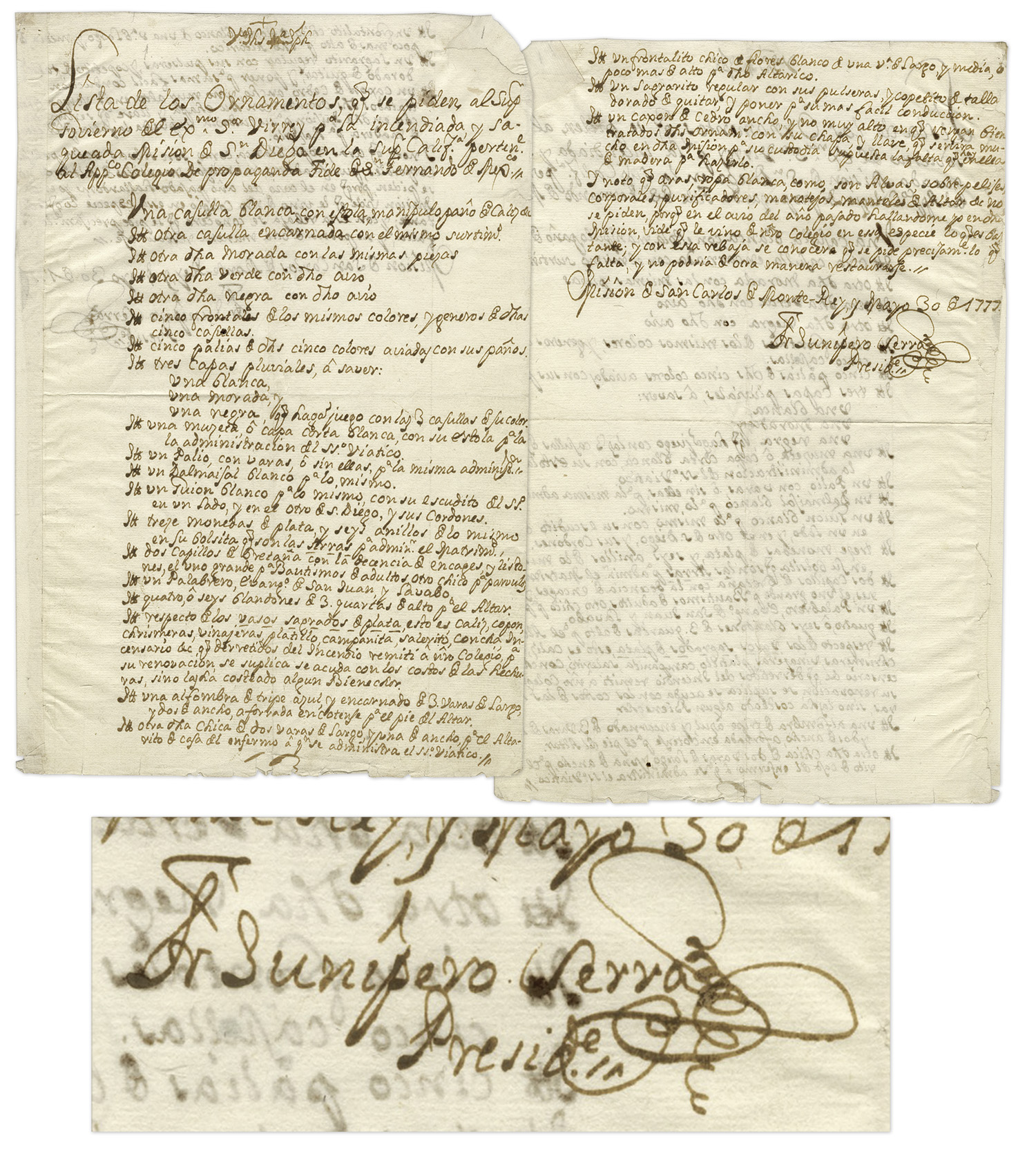