Long recognized as one of the most influential economists of all time, Kuznets was awarded the prize in 1971 for the creation of the Kuznets curve, which posits, in beautiful simplicity:  as countries develop their economies and income rises, there is a sharp increase in income inequality, which over time and with further development, eventually decreases. The Nobel Prize committee, when awarding the Prize to Kuznets, credited him “for his empirically founded interpretation of economic growth which has led to new and deepened insight into the economic and social structure and process of development.” 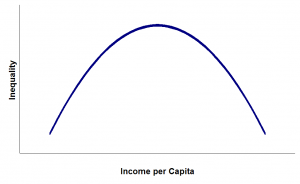 Nobel Prizes are very rare in the collecting community, with this Prize only the sixth Nobel Prize sold at auction, and the first in the category of Economic Sciences. 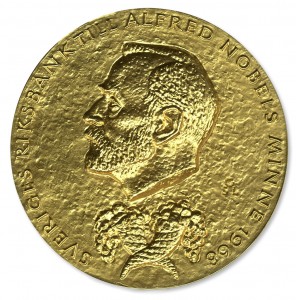 And the medal features a beautiful design of the north star emblem of the Royal Swedish Academy of Sciences: 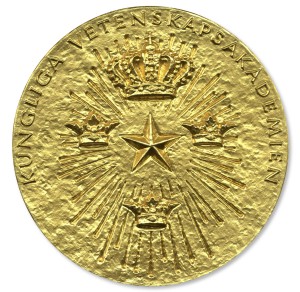 It was consigned to us by Simon Kuznets’ son, and is housed in its original red leather box. 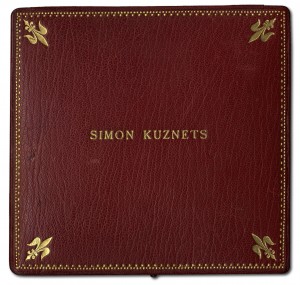 FREE APPRAISAL. It’s a beautiful piece, presented in near fine condition. We will be proud to add it to our list of coveted trophies that we have sold. If you are fortunate enough to be in possession of a Nobel Prize and are thinking about consigning, please contact Nate directly at Nate@Natedsanders.com or call the Nate D. Sanders Auction House (http://www.NateDSanders.com) at (310) 440-2982. As we hold auctions every month, we can sell your consignment immediately.