Lincoln’s legend is widely known, and he remains one of our most beloved Presidents. Items personally owned or signed by Lincoln are highly sought after, and while there are many carte de visite’s of the President in existence, they are rarely signed by the President. 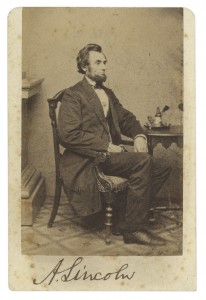 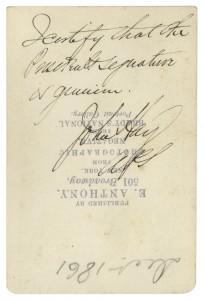 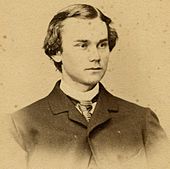 Hay went on to a prolific career in politics, as he became Secretary of State for the presidencies of William McKinley and Theodore Roosevelt. It is clear that the idea of Lincoln signing anything other than an official document was a unique event, and Hay smartly recognized this, offering to personally authenticate the President’s signature to verso of the card. Famed autograph expert Charles Hamilton picks up where Hay left off, having personally authenticated the CDV, writing a letter confirming its authenticity on 11 June 1996. 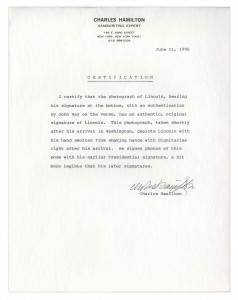 If you currently have an Abraham Lincoln signed CDV or any other Lincoln autographs or letters, please contact Nate@natedsanders.com. We offer great rates for consignments, and our monthly auction model allows you to put them up for sale in 30 days or less.