“Rare” and “One of a Kind” are not words we throw around lightly here at Nate D. Sanders Auctions. We try very hard to reserve those hallowed words for pieces that truly fit that description. We can confidently call the “G.I. Joe” prototypes we are putting up for auction on October 30th “rare” and “one of a kind” because that really is what they are. Nate D. Sanders Auctions is excited to announce that we will be auctioning off several museum quality G.I. Joe prototypes owned and designed by G.I. Joe creator Donald Levine. This is a dream come true for any toy collector, as Mr. Levine is widely considered to be one of the most prolific toy designers of all time. All of the items come directly from his estate. Mr. Levine had a storied career as a toy designer for Hasbro and its UK distributor Palitoy from 1959 until his recent passing this past May. A Korean war veteran, Levine was inspired to create “Joe” as a way to honor veterans of the armed service. Initially only clad in army gear, the “G.I. Joe” line significantly expanded to include recreations of members of virtually all divisions of law enforcement and the military. The line went on to inspire a cartoon T.V. show, and two big-budget Hollywood movies.  Featured in the auction are historic items from the inception of the series.

This one of a kind “Action Soldier” G.I. Joe prototype is among the first ever created, and features original hair flocking. This was one of the prototypes that Levine had manufactured to show Hasbro executives his idea, and clearly they liked what they saw. The dolls went on to make the cut and were manufactured in 1964 and flew off the shelves stateside.  Demand quickly grew outside the United States, which led to the creation of this doll for the UK in 1966:

Because G.I. Joe was quintessentially American, the Brits wanted a version of their own. They called him “Action Man”, and he was established by Palitoy, the UK division of Hasbro Inc. in 1966. This doll is a prototype from that year, and not only does he have original hair flocking but his eyes uniquely move with a lever to the back of his neck. This doll is accompanied with an original “Action Man” booklet from that year. 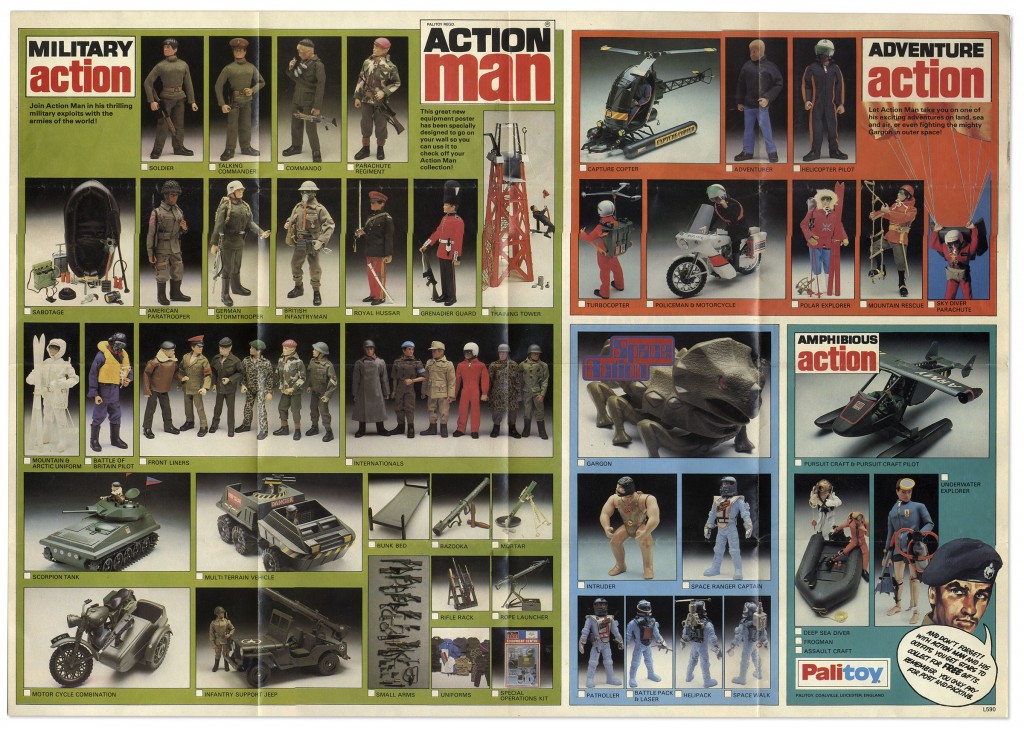 Mr. Levine’s creativity was eternally boundless. In 1996, he sat watching television and a car commercial for Nissan came on the screen. A dapper man held the car door open for an attractive young lady, and she stepped into the vehicle. Levine’s imagination was sparked by an idea. What if GI. Joe went on a date with Barbie? He became so taken with the idea that he designed this prototype and brought it to Hasbro executives. 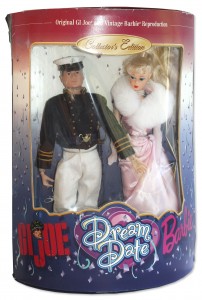 Unfortunately this “G.I. Joe Barbie Dream Date” pairing never made it past the planning stages, as Hasbro was unable to acquire the rights to manufacture the doll from Mattel. This unbelievable collector’s item comes in its original packaging. Posted to the rear of the box is the typical “story” which accompanies most Barbie doll packaging. It reads as follows: “The Story / It’s June week at the United States Naval Academy at Annapolis. Midshipman, GI Joe, has asked the most beautiful girl in America to the Cotillion Ball. Barbie is dressed in a mid-1960’s prom dress. GI Joe is dressed in his full-dress service academy uniform. Before the dance is over, will he and Barbie take a stroll in the moonlight along Flirtation Walk?”  This is the only one in existence. One lucky person is going to have their “dream” literally come true.

Levine was called on by the government on a number of occasions to create prototypes to support various projects. After 9/11, Target and Hasbro made a partnership to sell FDNY and NYPD themed G.I. Joe’s at their stores, with a large portion of the proceeds benefiting the 9/11 relief fund. We are proud to auction off this prototype from that collection: 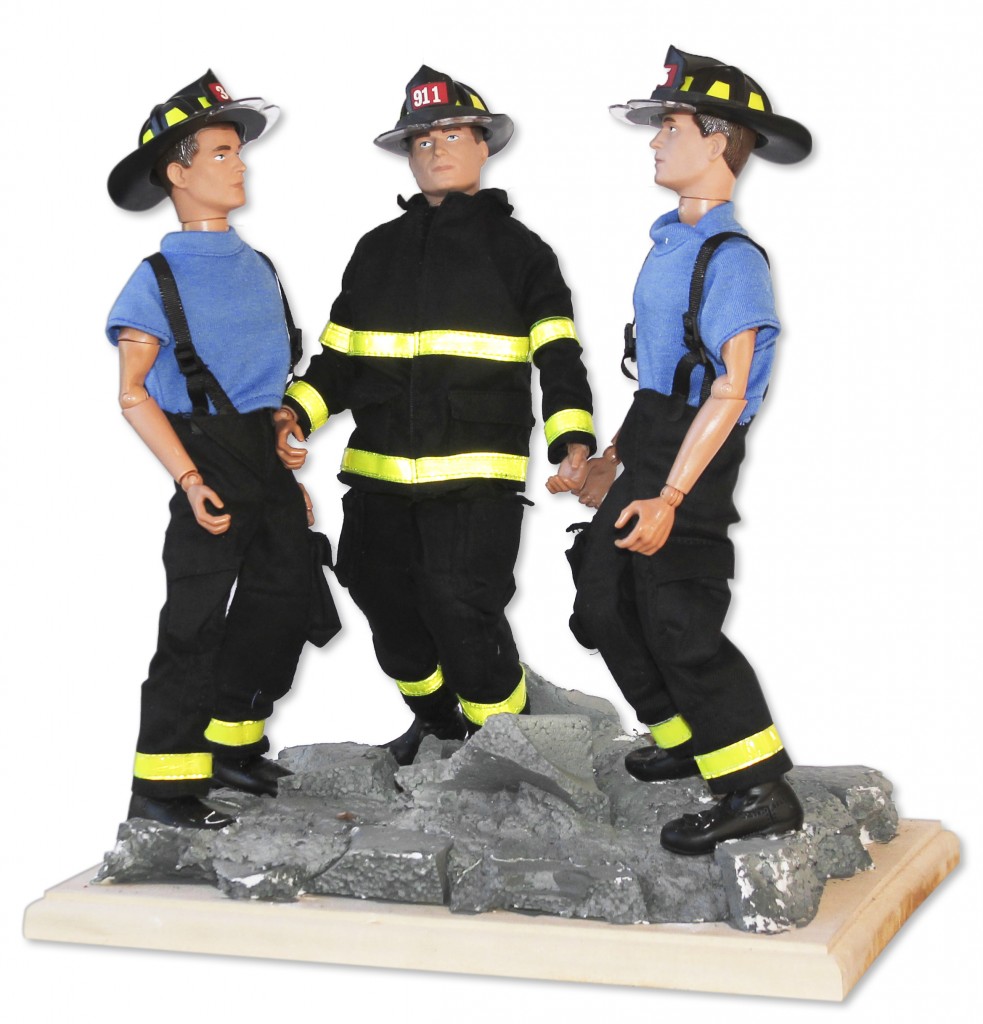 This scene depicts a trio of first responders fixed to a wooden base. Another unique piece from a challenging time in U.S. history.

We are also auctioning off several other Levine owned pieces, including a set of 11 dolls from the Dolly Darling series, and more G.I. Joe prototypes. Your inner child is very, very excited.