Clark Gable Memorabilia– The Man, The Myth — The Items That Defined Him

If you would like to auction, buy, consign or sell Clark Gable memorabilia, please email [email protected] or call (310) 699-5791.

Doris Day once said of legend Clark Gable, “He was as masculine as any man I’ve ever known, and as much a little boy as a grown man could be – it was this combination that had such a devastating effect on women.”

The looks, the attitude, the acting chops — Gable said of himself,

“I’m no actor and I never have been. What people see on the screen is me.”

“Gone With the Wind” Rhett Butler is of course  most remembered version of himself, then, among countless other roles spanning drama and comedy. 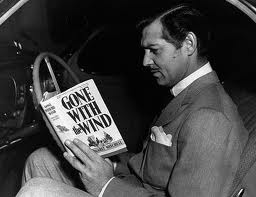 We’ve auctioned many Clark Gable memorabilia items in the past, and the following speak to Gable as the man offscreen — the man who fought in WWII, the man whose persona was multifold.

Clark Gable’s gold ID bracelet engraved with the dashing movie star’s name and even his blood type. It sold for $9,582. 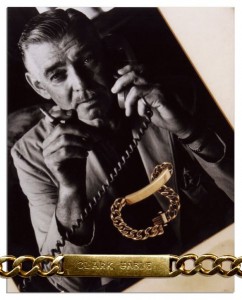 Clark Gable leather flight jacket from his time in the U.S. Army Air Corps, which he joined in 1942, serving in the 8th Air Force as an aerial gunner and instructor in B-17’s. The brown leather jacket sold for an incredible $14,351. 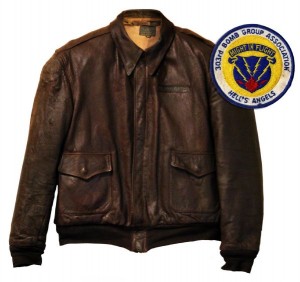 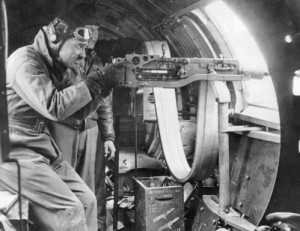 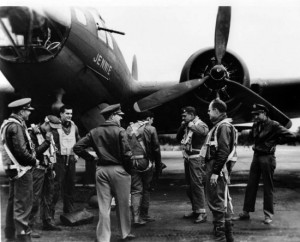 Fun fact: During the War, Hitler favored Gable above all other actors and even offered a sizable reward to anyone who could capture and bring Gable to him unscathed.

In April, Clark Gable’s Own Vintage Rolex Wristwatch sold for an incredible $23,116. 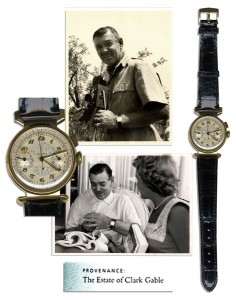 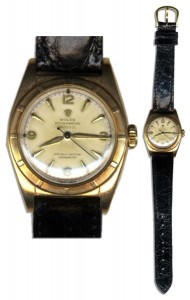 Circa 1940, the 14k watch was acquired from Gable’s personal estate. Check out the above photos of Gable wearing the watch in candid moments.

Frankly, my dear, Gable did give a damn when it came to watches, as this Rolex marked his impeccable debonair taste.

It’s signed by more than 70 people involved with the film’s production, including, of course, Gable. 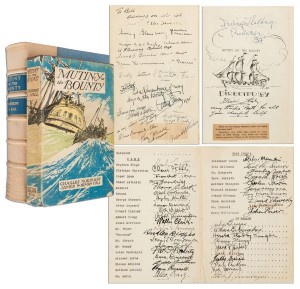 And lastly, this owned and used leather satchel, which spoke to his interest in leather tooling as a hobby. Tooled leather bag came from the estate of Jean Garceau, Gable’s secretary. It sold for $5,035. 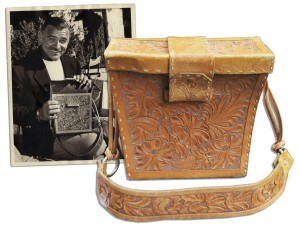 Clark Gable memorabilia is worth a small fortune.

If you would like to auction, buy, consign or sell Clark Gable memorabilia, please email [email protected] or call (310) 699-5791.