Faberge Auctions — Much More Than Just a Fine Egg

Faberge auctions are the hottest auctions on the block next to fine art.  A Faberge auction sold a figurine by the craftsman this year for $5.2 million dollars.

The House of Faberge (or Fabergé) became the iconic name of the famous jewelry company that took Russia and Europe by storm at the turn of the 20th Century. Founded by Gustav Faberge in St. Petersburg in 1842, the company began to earn esteem, particularly from the royalty of the country, before being nationalized by the Bolsheviks in 1918 amidst the backdrop of WWI. 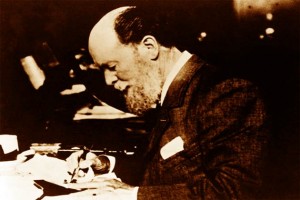 Of course, one thinks of the name Faberge, and the image of ornate, opulent Easter egg jumps to mind, as Mr. Faberge was contracted to create a surprise, unique egg for the Tsar and his Empress starting in 1885 for Alexander III and later, Nicholas II. Approximately 50 eggs were made and 42 have survived, many in museum collections around the world. 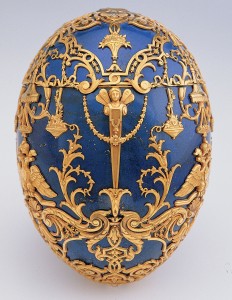 The stipulations were such: each egg must be unique and contain something intricate and ornate inside, something Faberge became the master of, combining his incredible attention to detail and imaginative mindset.

Europe as a whole began to take notice, when, at the 1900 World Exhibition in Paris, the Imperial eggs were put on display for the first time ever.

His mastery lies not only in the emblematic eggs, but also in his jewelry boxes and other ornamental works of art.

We have had many Faberge auctions — recently we just auctioned off a parcel-gilt silver kovsh marked K. Faberge with the Imperial warrant for $23,116. 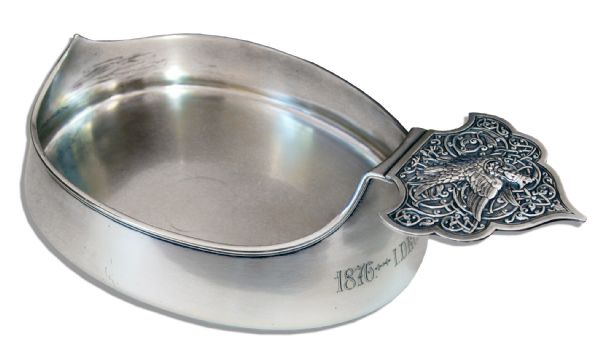 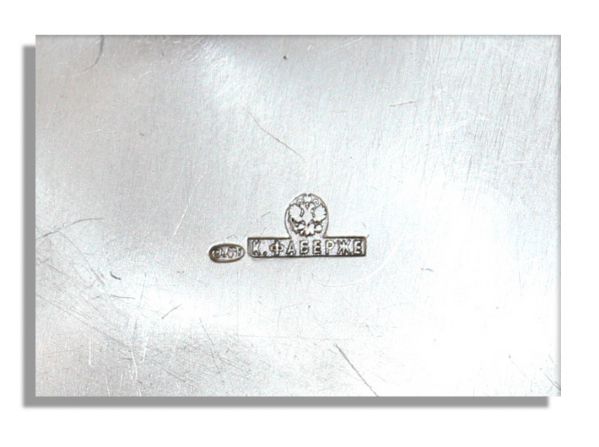 Last year we sold a pristine silver Faberge vase crafted circa 1908-1917, just before the Bolshevik take-over of the company and when Faberge produced its most exquisite objects. It sold for $21,013. 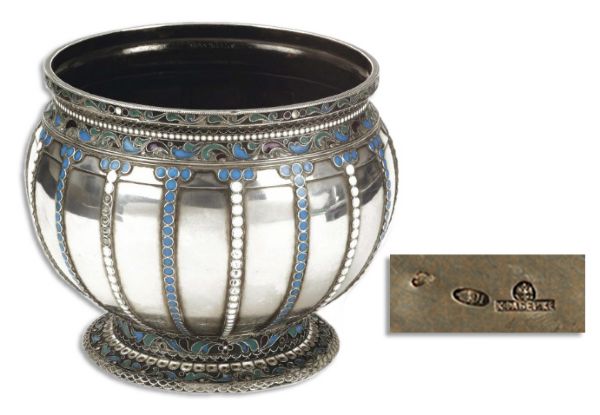 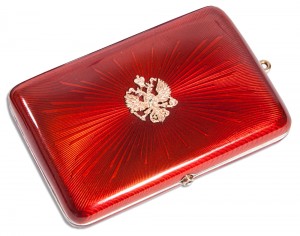 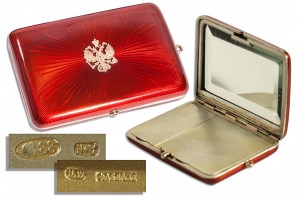 The gold and diamond guilloche vanity case features a ground engine-turned guilloche exterior, richly covered in candy apple red enamel. Russia’s Imperial eagle figure in gold is applied to front of case at the center of a starburst, and highlighted with a single diamond at its center. 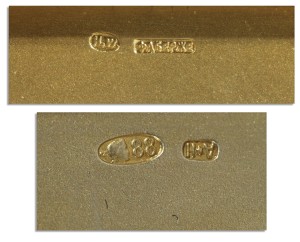 It also features Faberge and makers’ marks of Henrik Wigstrom (one of the most important Faberge masters who made almost every Imperial Easter Egg) and August Hollming of St. Petersburg (who produced mostly Produced mostly cigarette-cases in silver, gold and enamel, miniature Easter Eggs), circa 1908-1926.  Truly an opulent piece representing the House of Faberge’s definitive style. 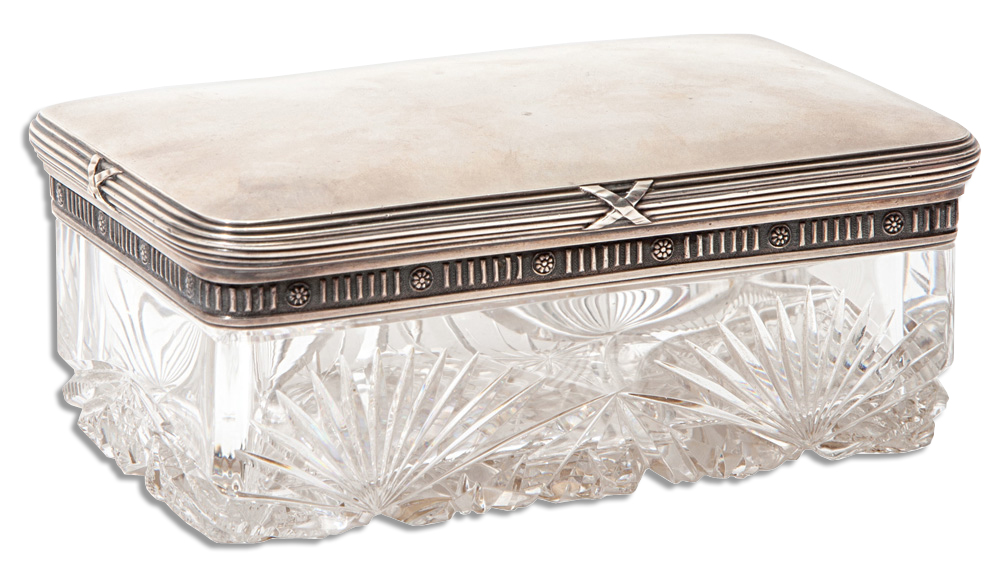 The box features an all-crystal body with a star and diamond design motif, topped with a silver lid. Maker’s mark reads “K. Faberge” with imperial warrant. Made in Moscow, again, circa 1908-1926, this piece represents one of his more elaborate designs done in crystal.