Mary Astor in Her Own Words

Actresses, like Mary Astor, in the Golden Era of Hollywood lived a distinctly different life than actresses of today, whose lives fill gossip rags each week, their privacy utterly, and sometimes willingly, up for grabs. But it didn’t used to be that way, especially for young starlets who, under the contract of the top studios, had their personal life guarded to the nth degree.

Mary Astor, the legendary actress who starred in over 100 movies over 45 years, in legendary films like John Hurston’s “The Maltese Falcon,” opposite Humphrey Bogart, became quite the scandal-maker when her dirty laundry, a nasty divorce, was aired out in public.

Mary Astor became quickly famous for her role in “The Maltese Falcon,” as she defied the traditional, doting female character, playing instead a fantastic manipulator in her portrayal of the homicidal Brigid O’Shaughnessy. 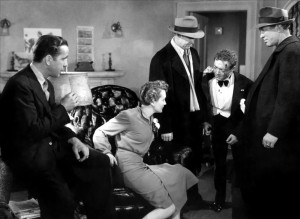 Mary Astor’s fame of course rose, crescendoed and declined, leaving the star in heaps of debt and divorce, which she wrote about in her memoirs. 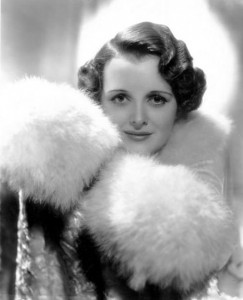 via A Certain Cinema

In our December auction, we have 140 + personal letters, many relating to Mary Astor’s personal life, including this typed manuscript of the first draft of ”Life on Film,” Astor’s 1969 bestselling memoir of her life in Hollywood. 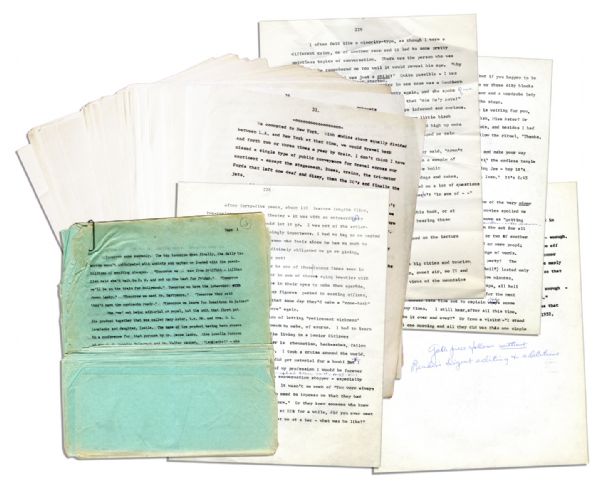 In this book, Mary Astor candidly describes her rise to fame, and particularly, her experience working on the Maltese Falcon in the role that parlayed her into the limelight. Astor’s admiration for leading man Humphrey Bogart is revealed: ”…Bogie was a hard-working guy, a good craftsman…I have heard people say he wasn’t really a good actor. I don’t go along with that…His technical skill was quite brilliant…We who knew him well, we liked him. Bogie was for real…”

From her canceled Personal checks : 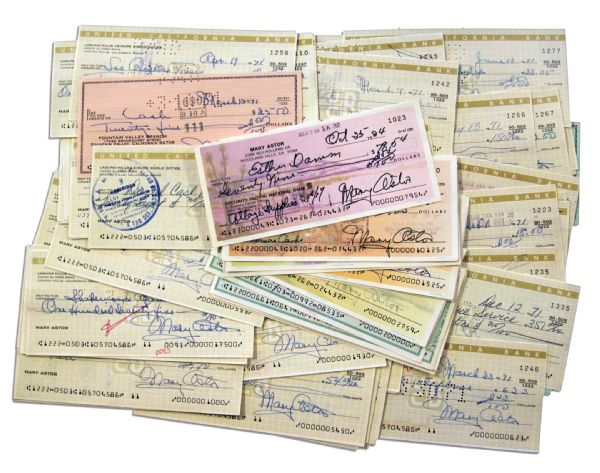 To scores of personal letters and documents, we have a wide range of items that go behind the curtain, exposing Astor’s private life, including these 20 documents ranging from 1952-72, including things like a deed of trust on Astor’s Malibu Colony property: 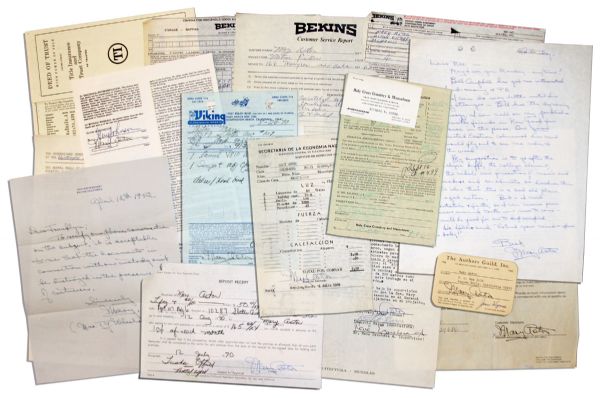 Her letters we are auctioning relate in some to her autobiographies and other books-in-progress, like this collection of 20 signed letters spanning from 1965-1967, most pertaining to her 1968 book ”A Place Called Saturday,” and are written and signed to her agent Gloria Sefier. 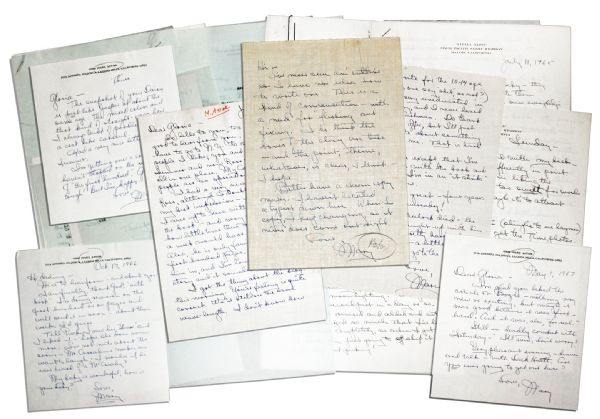 These 20 personal letters expose her financial struggles, and at one point, she desperately asks her agent to secure voiceover work as she is on unemployment: “…Once a week I go to Santa Monica and stand in line and pick up Fifty-five dollars Unemployment Insurance…” 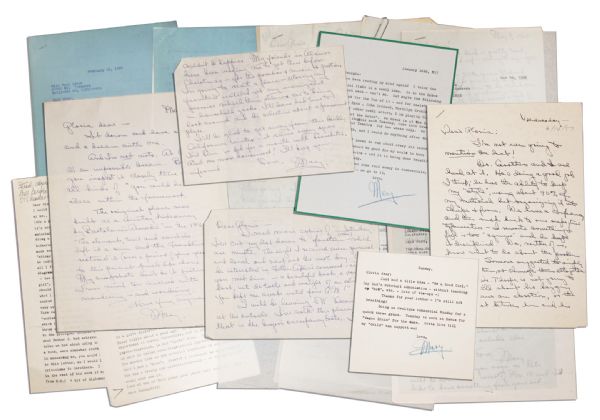 In one shocking letter, she contemplates changing the names of her ex-husbands in the book, since ”…Dr. Thorpe is not going to stand still about his begging me to have an abortion, or the whole plot between him and his common-law wife to see to it that I miscarried on the yacht trip to Honolulu. Nor the stories about del Campo’s constant infidelities, or Wheelock’s breaking me financially. ‘The names must be changed to protect the GUILTY!’…”

It was quite the scandal when she sued her husband for legal custody of their 4-year-old daughter in 1936 as one of Astor’s personal diaries was used in the suit to expose her countless affairs around Hollywood. Though scandalized in the papers, the diary ultimately was  not used in the trial because portions were declared forged, and a judge ordered it be sealed and impounded.

It quickly blew over, the trial, and her career mobilized on, since, as they say in Hollywood, all press is good press. 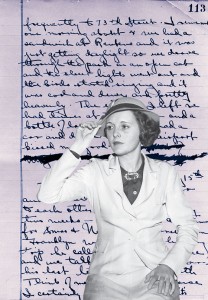