Think of the most memorable line in cinema history, and Don Vito Corleone’s “I’m gonna make him an offer he can’t refuse,” quickly becomes top contender.

Though the American Film Institute ranks “Gone With the Wind’s” “Frankly, my dear, I don’t give a damn,” as the number one memorable line in film history, Don Vito places second, but is still cinema’s number one pariah, number one gangster.  Thus, Godfather memorabilia has a huge market. 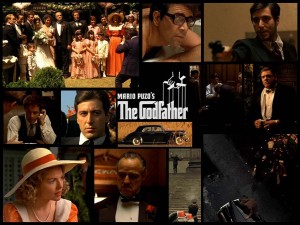 The “Godfather” triumphed financially, earning a gross of $135 million, and even though director Francis Ford Coppola had hesitations initially of making a sequel, the three films, released in 1972, 1974, and 1990, continue to be regarded by critics as some of the best cinema ever made.  Godfather memorabilia can sell for a fortune too.  Just look at the Godfather memorabilia we sold here at NateDSanders.com Auctions:

In our March 2014 auction, we sold this incredible piece of Godfather memorabilia from the film for $26,798 — 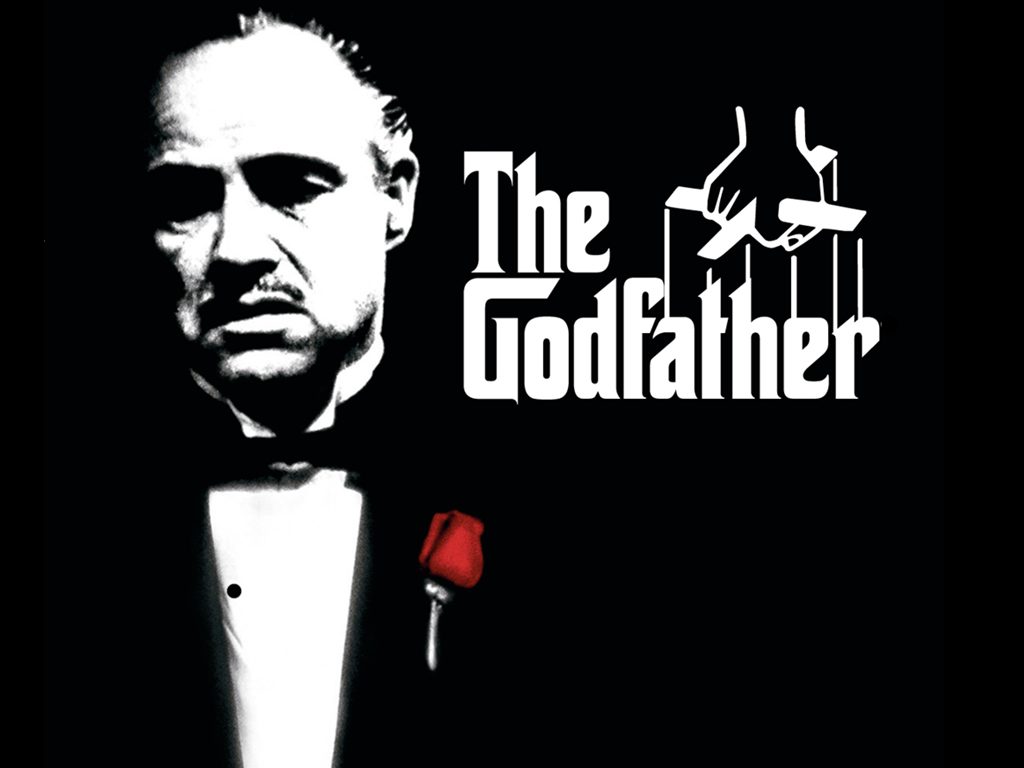 Brando’s hat is from production of Francis Ford Coppola’s ”The Godfather’ and was worn by Brando as Mafia don Vito Corleone is made of grey felt, with black grosgrain band and leather interior band. ”Royal De Luxe” John B. Stetson brand hat.

Brando was honored with his second Best Actor Academy Award — well deserved — even though he was notoriously lax about learning his lines.

Said Brando, “If a studio offered to pay me as much to sweep the floor as it did to act, I’d sweep the floor,” he said. “There isn’t anything that pays you as well as acting while you decide what the hell you’re going to do with yourself. Who cares about the applause? Do I need applause to feel good about myself?”

In his autobiography he describes his thought process in the role, “I thought it would be interesting to play a gangster, maybe for the first time in the movies, who wasn’t like those bad guys Edward G. Robinson played, but who is kind of a hero, a man to be respected…Also, because he had so much power and unquestioned authority, I thought it would be an interesting contrast to play him as a gentle man, unlike Al Capone, who beat up people with baseball bats.”

As Vito Corleone, the head of the Corleone crime family, he portrayed the most powerful Mafia family in New York City. It’s only fitting, then, he has a powerful hat. 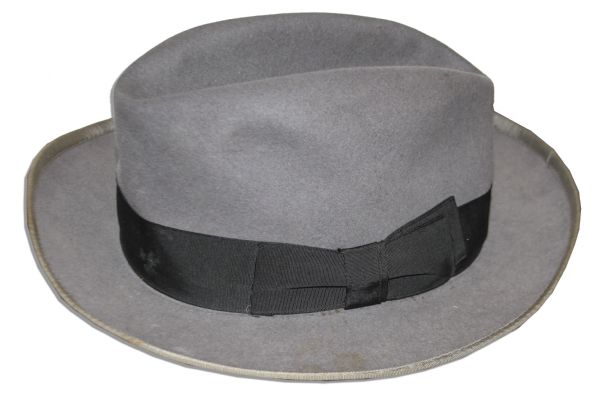 The costumes in each of the films combines old-world grandeur with sleek, gangster garb, and we were proud to auction off these key items of Godfather memorabilia:

Previously, we auctioned this screen-worn dress worn by Diane Keaton in the first “Godfather,” for an incredible $5,407.20. 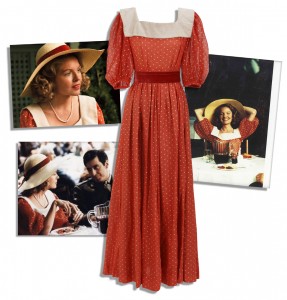 And in another auction, we had some great Godfather memorabilia including this Fedora worn in the first ”The Godfather,” by John Cazale as Fredo Corleone. Cazale dons the grey hat in the famous scene in which Marlon Brando dies.  It sold for $3,049. 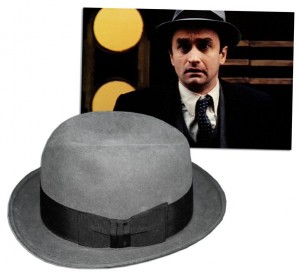 And lastly, the creme-de-la-creme of gangster wear, this Al Pacino custom-made screen-worn suit jacket was up for auction. Pacino, as Michael Corleone in “Godfather Part II” dons the jacket in the  heated scene in which Michael gives his brother Fredo the kiss of death and reveals his knowledge that Fredo was behind the plot to kill him.  This piece of Godfather memorabilia sold for $7,199. 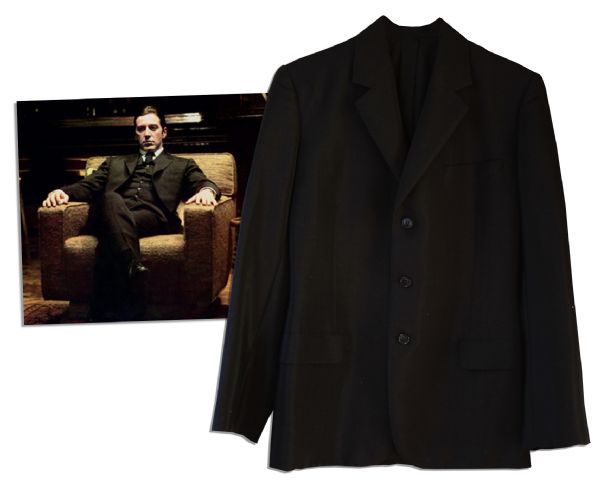 In one of our past auctions, we even had a whole medley of Godfather memorabilia, from costumes worn on-screen, to this original signed contract from “Godfather Part III.” 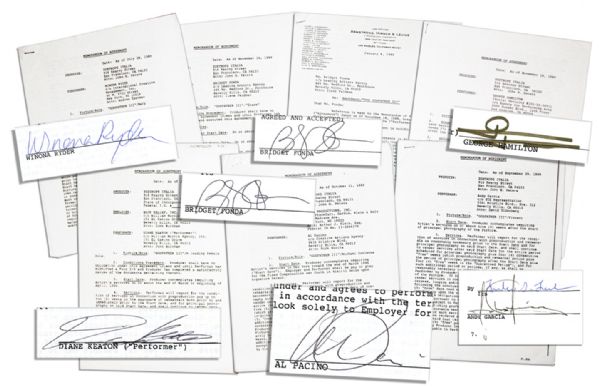 Go ahead, make us an offer we can’t refuse…on our Godfather memorabilia.